With nearly 1,8m models sold since the first BMW X5 arrived in 1999, the current iteration combines already impressive attributes normally associated with a BMW saloon and adds true utility. Here's a vehicle that offers a wide range of engine choices and trim packages for pretty much every one.

For the family, there's ample security and safety equipment, road-trip ride quality, plus extra seating for little ones – human or canine. For the enthusiast, the X5 drives like a big 2,000kg SUV shouldn't…with precision, poise and punch. Drivetrains range from the economical to the overly energetic and those of a more technological disposition will also find plenty to engage with.

Back in the early noughties, the BMW X5 ran cock-a-hoop over other soft-roaders and most found their lives school-bound on the black stuff – with the occasional green-lane to mix things up a little. 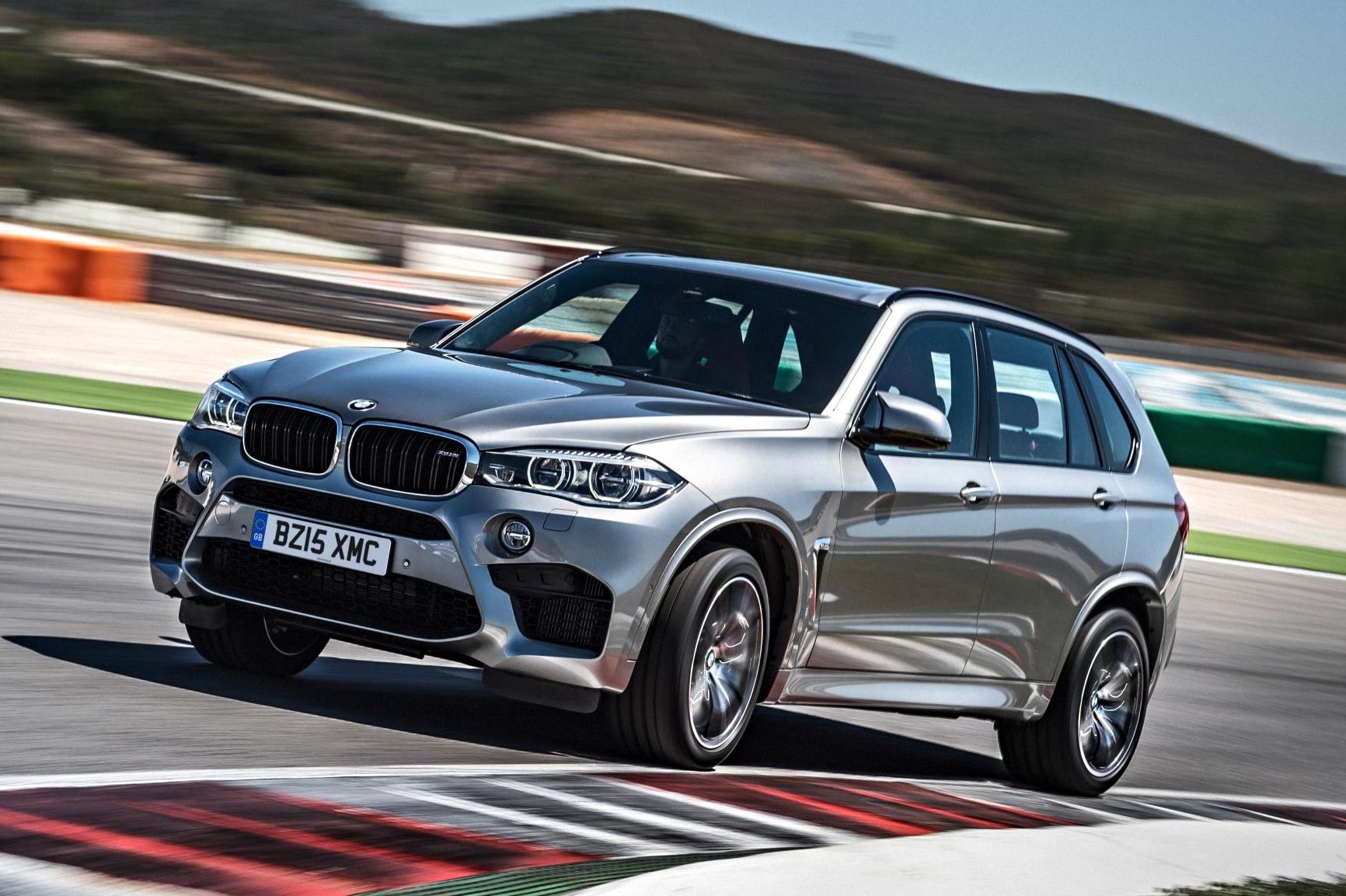 So, does the evergreen BMW X5 still rule the roost or is it the recipient of multiple bird-flipping from a myriad of worthy prim-feathered rivals?

With its huge road presence and aggressive styling, the latest BMW X5 is no shrinking violet. In fact, this third-generation model makes even its predecessor seem like a bit of a wallflower. That oversized grille, along with those angular headlights give it a purposeful look and there's no hiding the fact that, at nearly five metres long, this is a big car.

The squat stance and flared wheel arches have been toned down, having been replaced by slab sides and a front end reminiscent of the BMW 3 Series. The rear end looks a little bland, but the squared-off exterior styling has led to an increase in interior space – making room for comfortable seats, big windows and first-rate quality.

By updating the looks, BMW has given the latest X5 much more usable space than the old car, which was necessary to distance it from the smaller X3, the latest version of which has grown considerably. The interior is well put together and feels very classy. There is a solid amount of standard equipment available, while the options – in addition to offering little real value to the car in the long term – are super expensive. 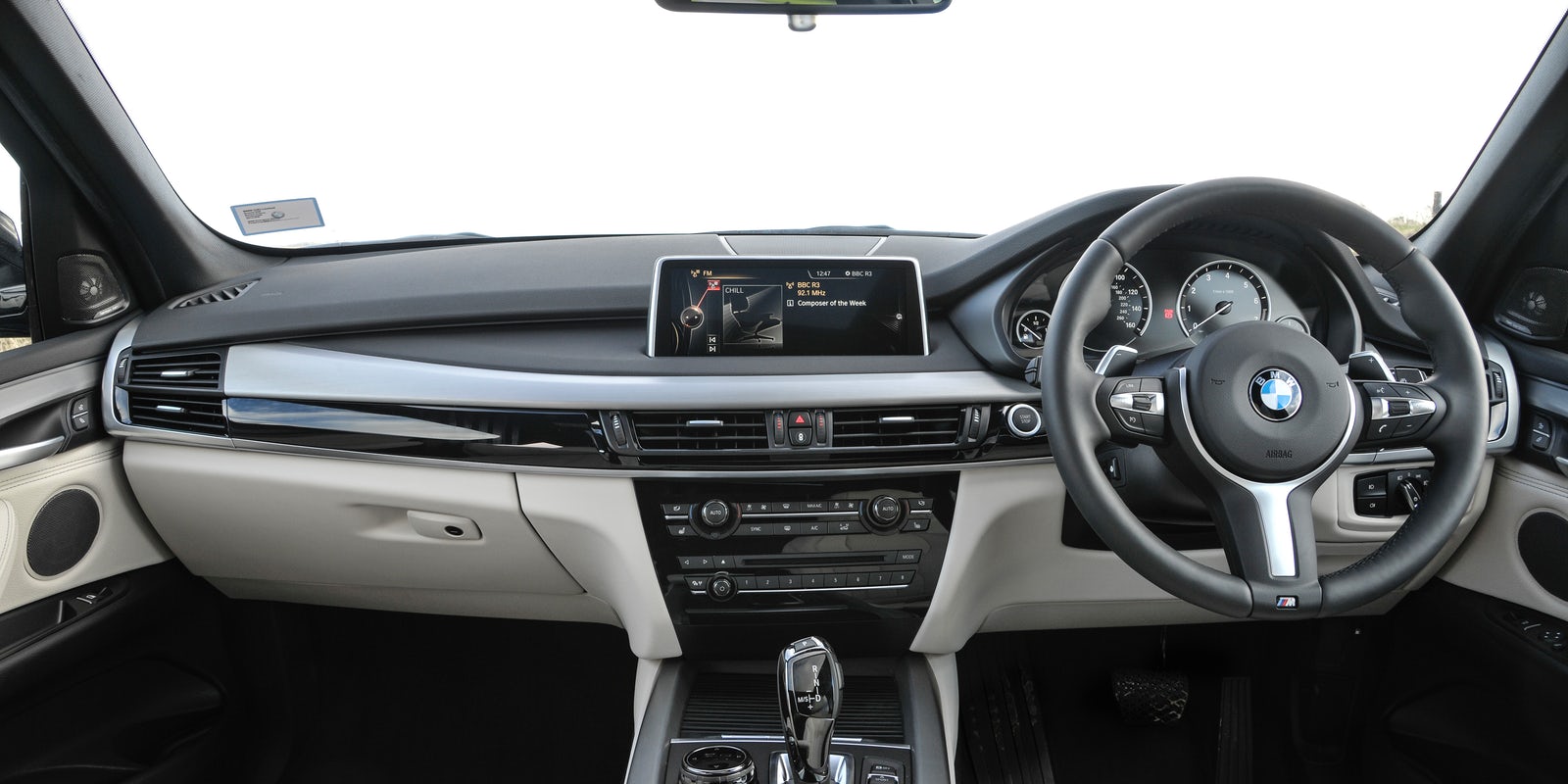 The dash looks visually striking. A 10-inch high-definition screen dominates and displays both the satnav and infotainment settings, which are managed via the much-lauded iDrive control system. A touch-sensitive pad lets you easily spell out your commands, while an adjustable driver's seat is set high for good visibility.

Practicality is a major consideration for a mid-sized SUV such as this and fortunately the BMW X5 excels in this area. Around 40 per cent of X5 buyers opt for the extra two rear seats, which fold up out of the boot floor to give a 5+2 layout. The commodious cabin has a number of useful storage spaces including large pockets, door bins and cubbyholes. Head and leg room is good throughout and the leather furniture offers plenty of comfort front and rear.

With row two in place, there's a useful 650 litres load capacity. Fold it down and load space extends to a hugely versatile 1,870 litres. 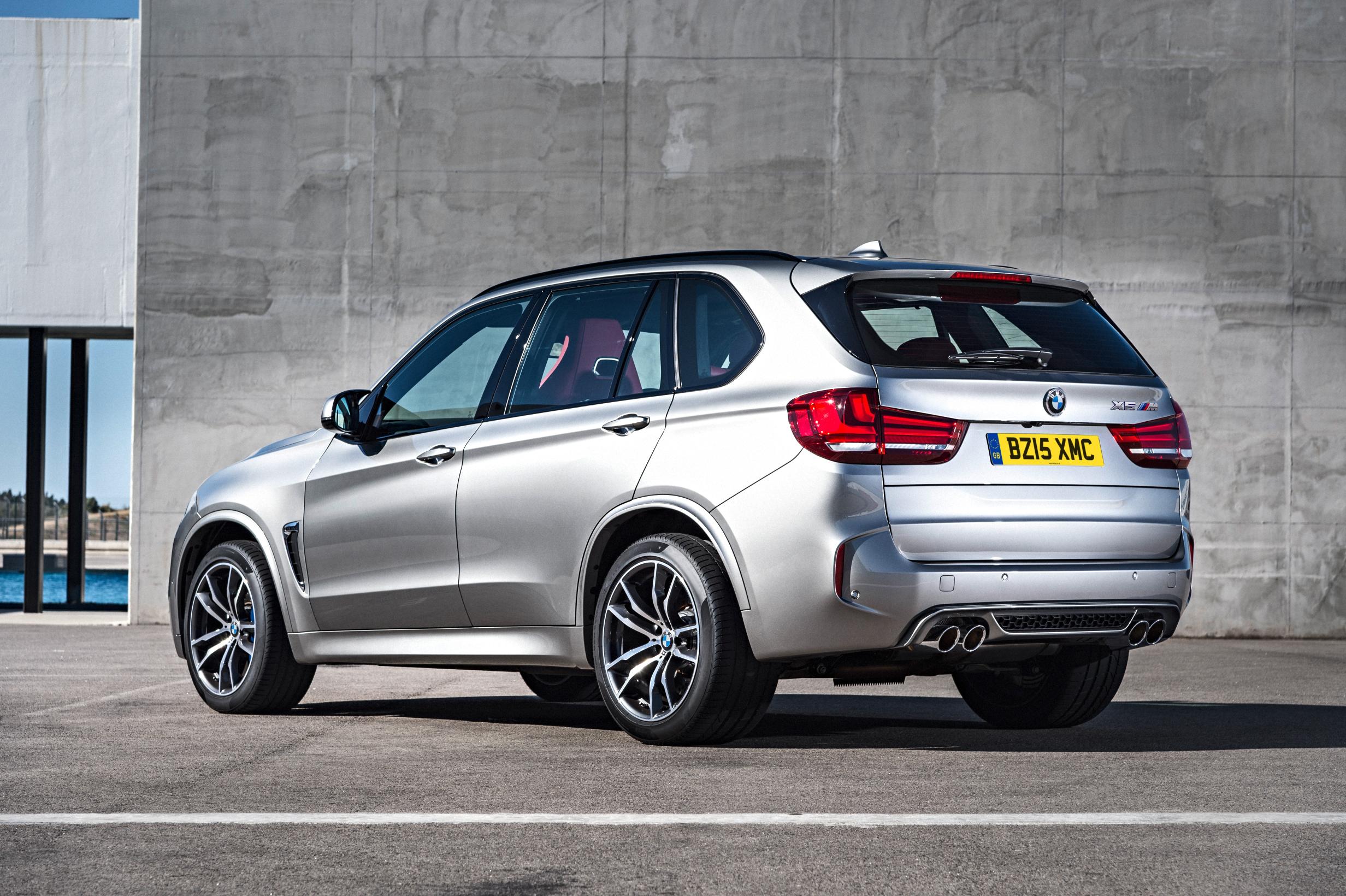 In a decision made prior to the frankly ridiculous doom and gloom currently being dumped on diesel engines, BMW has shunned thirsty petrol engines for the X5 and now offers only one in the range. Models labelled xDrive are all-wheel drive and those wearing an sDrive label are rear-wheel drive only. The firm clearly believes the vast majority of buyers will quite rightly opt for its excellent diesels.

Kicking these off is the entry-level four-cylinder sDrive25d model, which claims over 50mpg fuel economy and a 0-62mph time of 7.7 seconds. The xDrive30d, meanwhile, offers an even more impressive blend of performance and efficiency – 0-62mph in 6.8 seconds and 48mpg.

Go for the more powerful xDrive40d, and the benchmark sprint time is cut to 5.9 seconds without affecting economy too much – it still claims 47mpg. 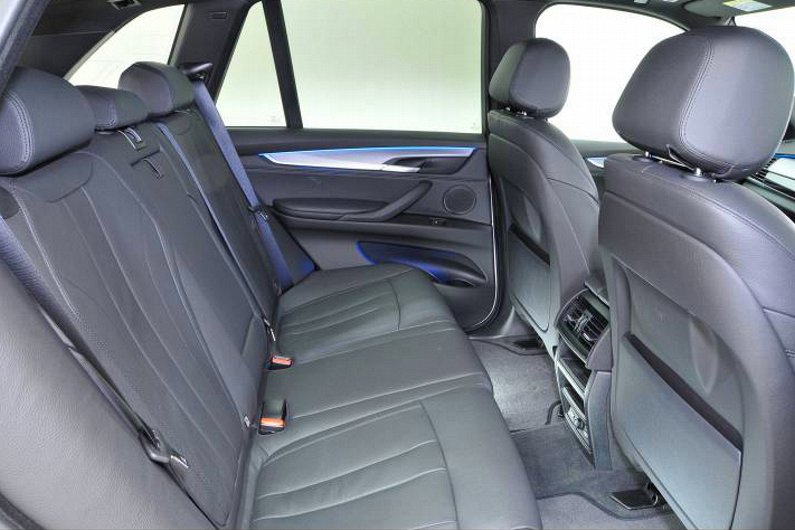 If you want ultimate diesel performance, look no further than the frankly bonkers 381hp/740Nm M50d, as its 0-62mph time of 5.3 seconds is simply breath-taking for a car that weighs 2,345kg. This model's 3.0-litre, three-stage, triple-turbo straight-six diesel really stands out. There's a healthy squirt of torque whenever you need it through a slick eight-speed auto.

Such brutal performance from oversized diesels isn't unusual. What IS unusual is the M50d's willingness to keep revving as one turbo tag-teams another…and another. Before you know it, you've smashed 0-62mph in 5.3 seconds and your knuckles are whiter than Jimmy Carr's teeth.

The previous X5 was one of the best large SUVs on the market, yet BMW has managed to improve things further for this third-generation model. That's particularly evident in terms of refinement as the engine is less audible in the cabin, there's less road noise on the move and better refinement throughout. As a result it's one of the most comfortable and serene SUVs around, matching even the latest Range Rover Sport. 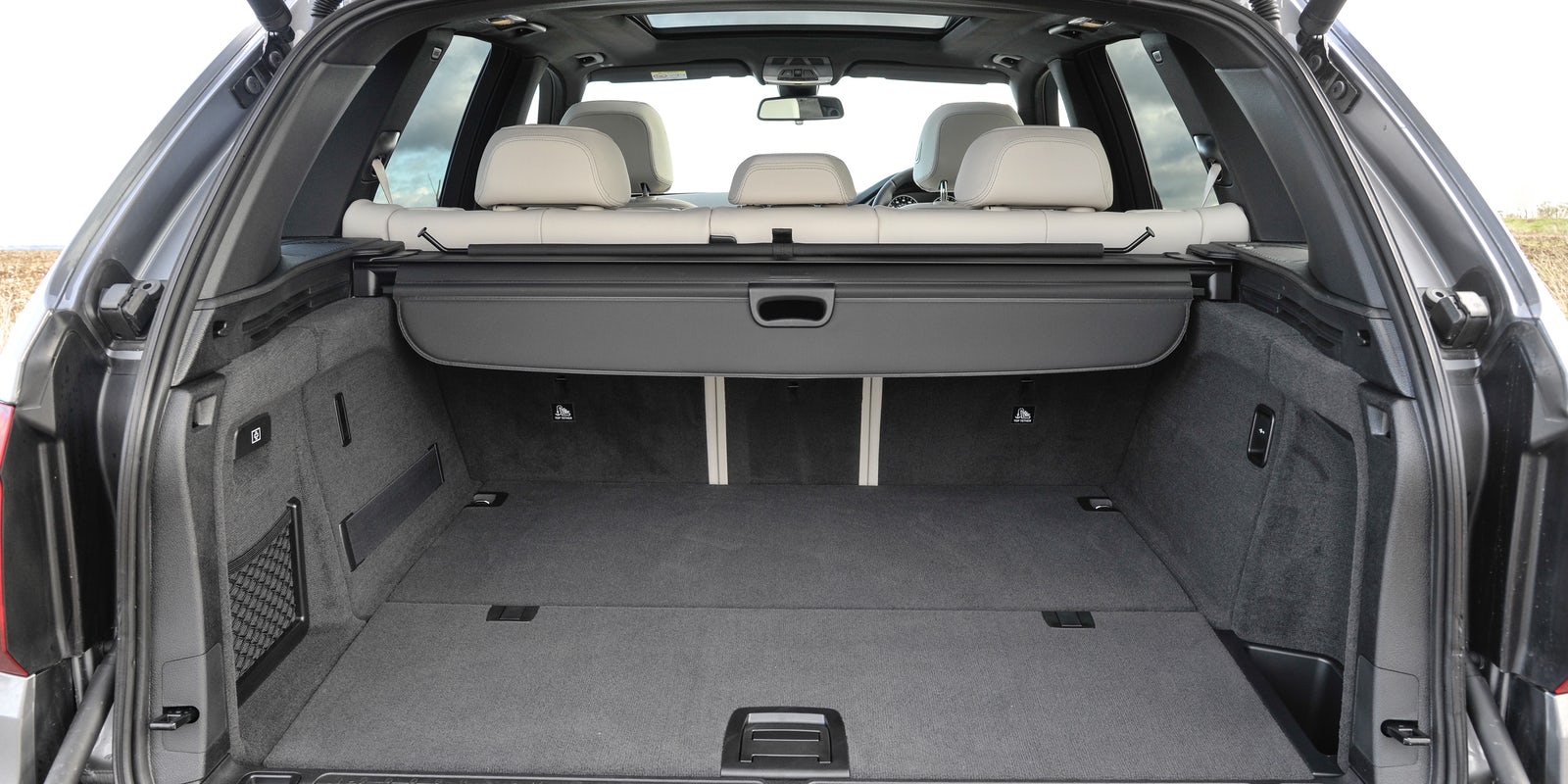 Comfort suspension does what it says on the tin, using air springs and automatic self-levelling to give a soft and forgiving ride. The M suspension comes as standard with the M Sport package and includes Sport and Sport+ modes. It's designed for drivers who want a 'dynamic' driving according to BMW. What it does is firm everything up and means less lean in corners but impressively, it's not too harsh although you're unlikely to put it in the most extreme mode with your mother-in-law in the back – even if she is duct-taped in a blanket behind the third row.

The dynamic suspension goes one further by optimising roll stabilisation and directional stability. If you're going for a high performance X5 like the feral M50d and want to be able to throw it into corners then this is the one to go for. Finally there's Professional suspension which is designed to combine the best of all worlds with the qualities of the comfort and dynamic set-ups. 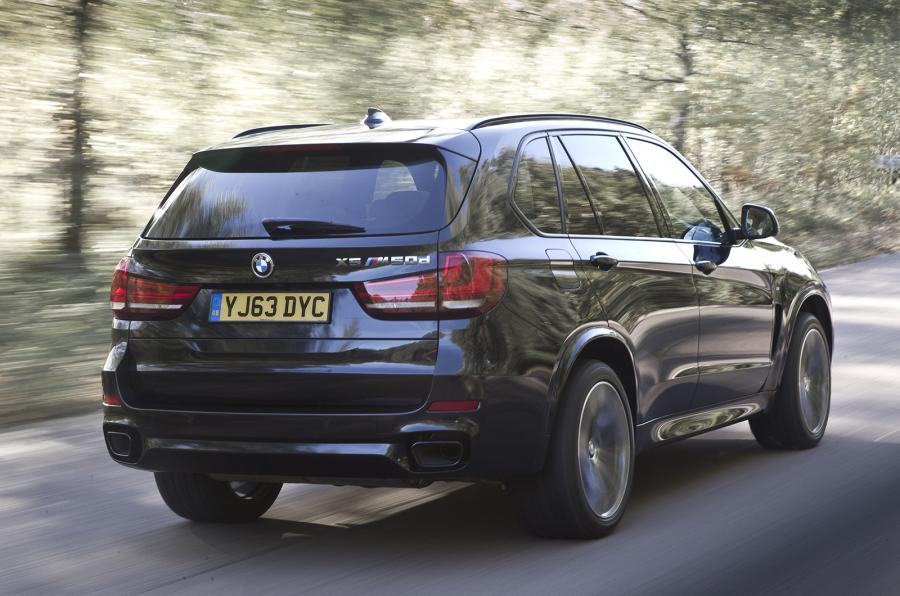 There's no getting away from the fact that the X5 is a big and hefty car – average weight across the range is around two tonnes - yet on the road it belies this bulk with an impressive agility. The steering is nicely weighted with reasonable feel so you can happily tackle twisty roads with confidence. There is obviously some body roll, but it's kept well in check.

It may no longer be the spring chicken it once was, but the BMW X5 still rules over its roost.

The latest X5 focuses on offering the qualities that prestige SUV buyers demand: space for the family, a commanding driving position and the sort of plush interior that used to be the reserve of luxury cars.

While the current X5 may not look especially different from its predecessor, it has massively moved the game on in terms of quality and refinement. It's the closest rival to the impressive Range Rover Sport and while not cheap, it does have the premium feel and luxury edge to justify the price tag.

That it's one of the best-handling cars of its kind is a bonus you'll acknowledge every time you drive it. 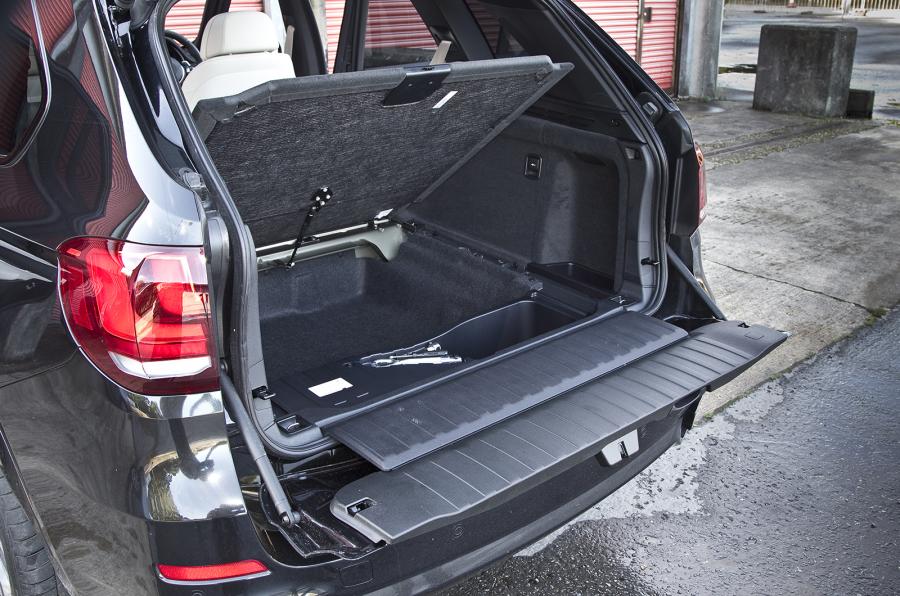