Mercedes-Benz says that the exterior of the new A-Class stands for 'sportiness, dynamism and emotion'. As car design is – like wine-tasting – 100 per cent subjective, I'll leave that for you to decide on how it looks.

The interior has been completely redesigned and now sports turbine-like air vents and a free-standing instrument display of which three versions of varying width will be offered. 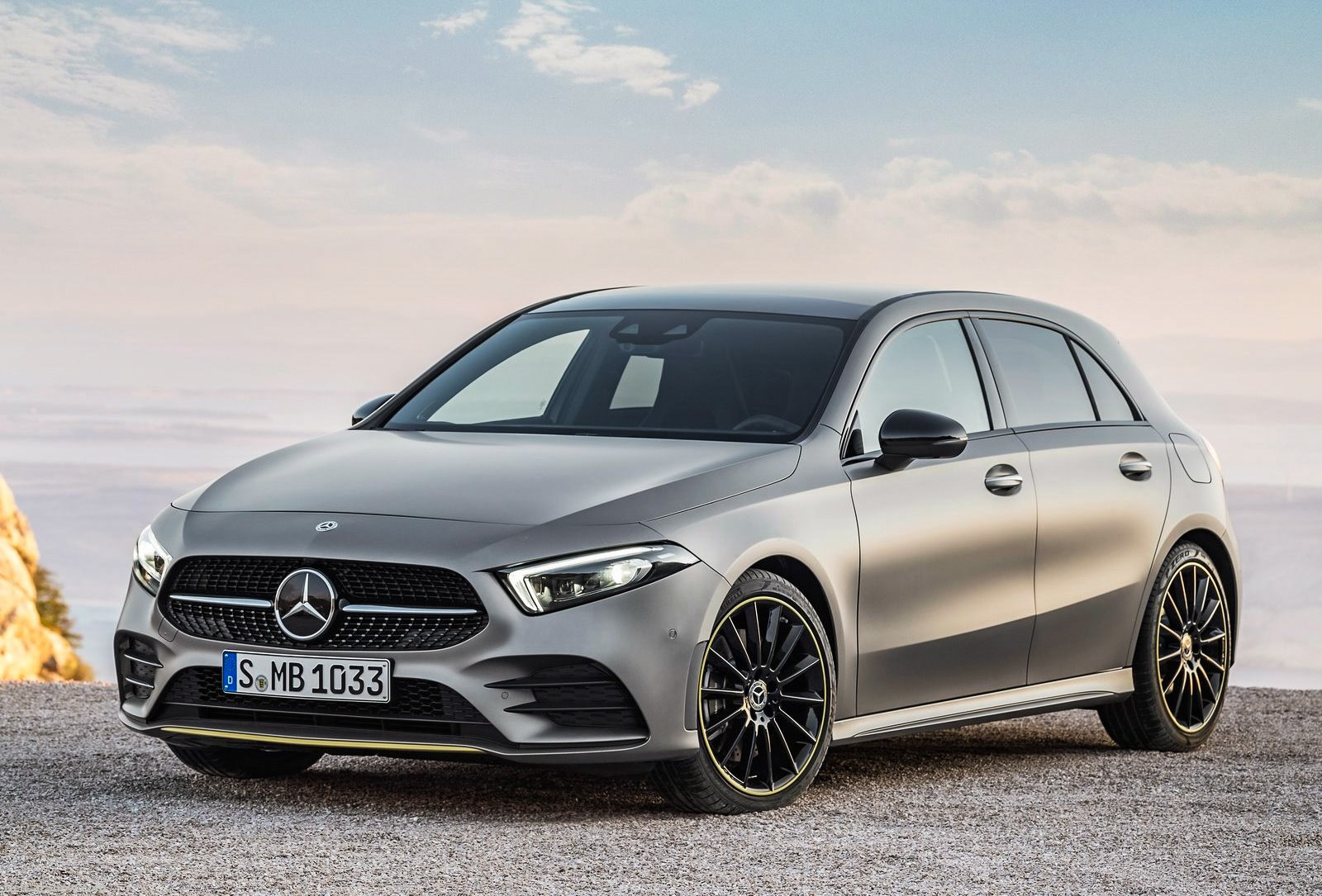 The new A-Class will be the first Mercedes-Benz model to feature the completely new multimedia system MBUX - Mercedes-Benz User Experience, a unique feature being its ability to learn thanks to artificial intelligence. MBUX can be individualised and adapts to suit the user. There will also be driver assistance features trickled down from the flagship S-Class saloon.

As with many new car models of later years, the 2018 A-Class has grown exponentially. Thanks to a stretched chassis, there's an additional 3cm to its wheelbase and more head and shoulder room than the outgoing A-Class. Boot space has also increased by 29 litres to 370 and 16-inch wheels will be standard equipment, but sizes up to 19 inches will be offered.

Three equipment lines – Style, Progressive and AMG Line – will be available, while 'Edition 1' (the grey car pictured) derivatives will also be initially offered.

Right, to the interesting bit - what's happening under the bonnet? Mercedes-Benz says the range will initially include three engine variants although it's not sure at this time which will make it to the UK. 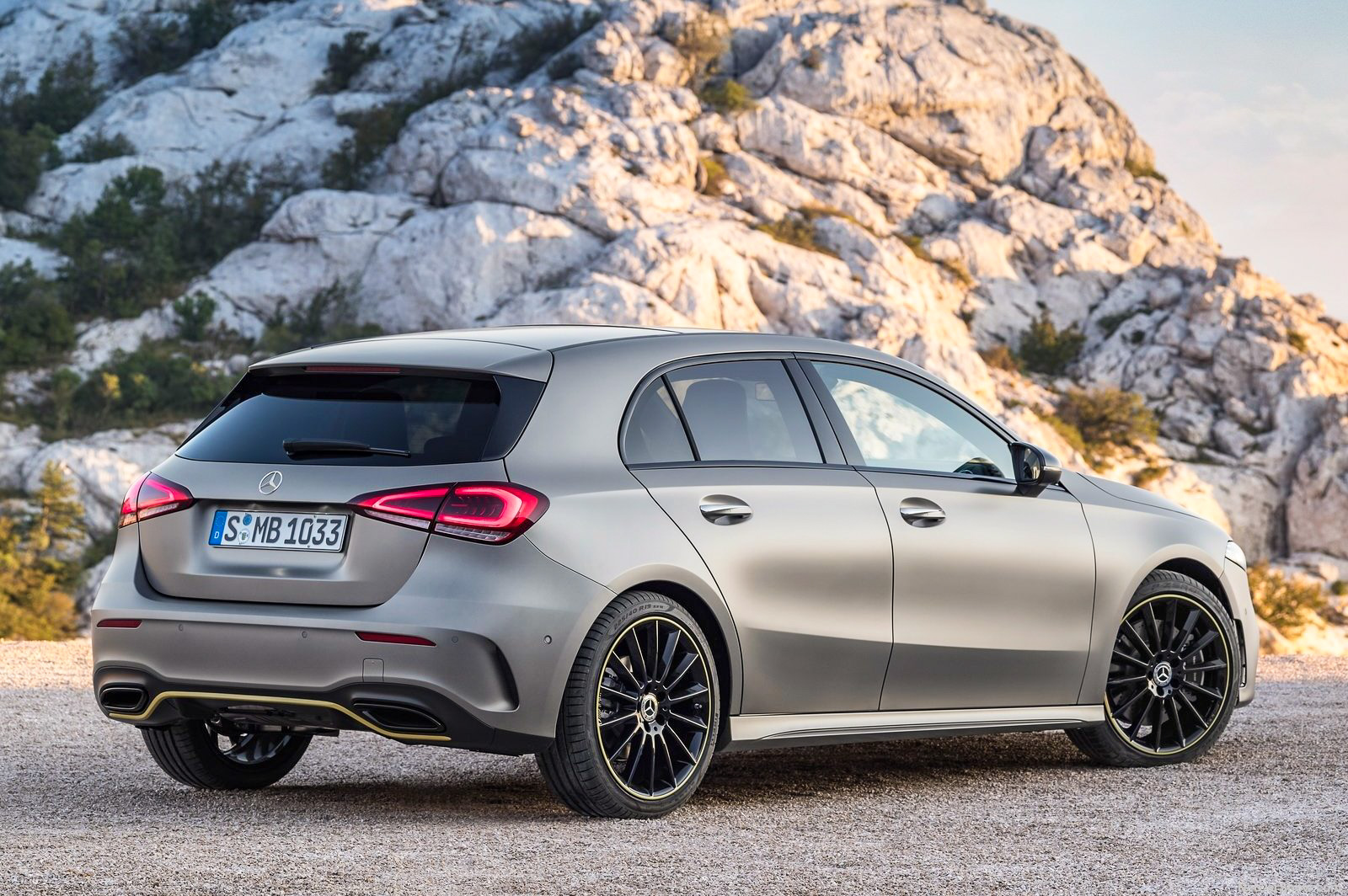 First, there's the A200, which features a 1.3-litre turbocharged four-cylinder petrol engine worth 163hp and 250Nm of torque. This engine may be linked to either a six-speed manual gearbox, or a new seven-speed dual-clutch transmission, both with claimed 0-62mph times of around eight seconds, which is quite brisk for a little 1.3-litre engine.

Top of the petrol-engined pile is the A250 and here you'll find only the seven-speed dual-clutch 'box available (no manual option). It is the same dual-clutch auto deployed in the outgoing A-Class, but has received some engineering enhancements (to which we have not been made privy). It is paired to a 2.0-litre turbocharged petrol engine offering 224hp and 350Nm, which is said to achieve 62mph in a claimed 6,2 seconds from a dead start.

To appease fleet managers, just the one diesel will be available on the A180d, which deploys a 1.5-litre turbodiesel engine mated to the seven-speed dual-clutch transmission. This unit makes a reasonable 116hp and 260Nm, with a claimed combined fuel consumption of 57.4mpg.

Additional new engines will follow as they come on line and a 4Matic all-wheel drive version with fully variable torque distribution will be available on request. There will also be a choice of suspension systems for the new A-Class, depending on engine variant and driver preference. 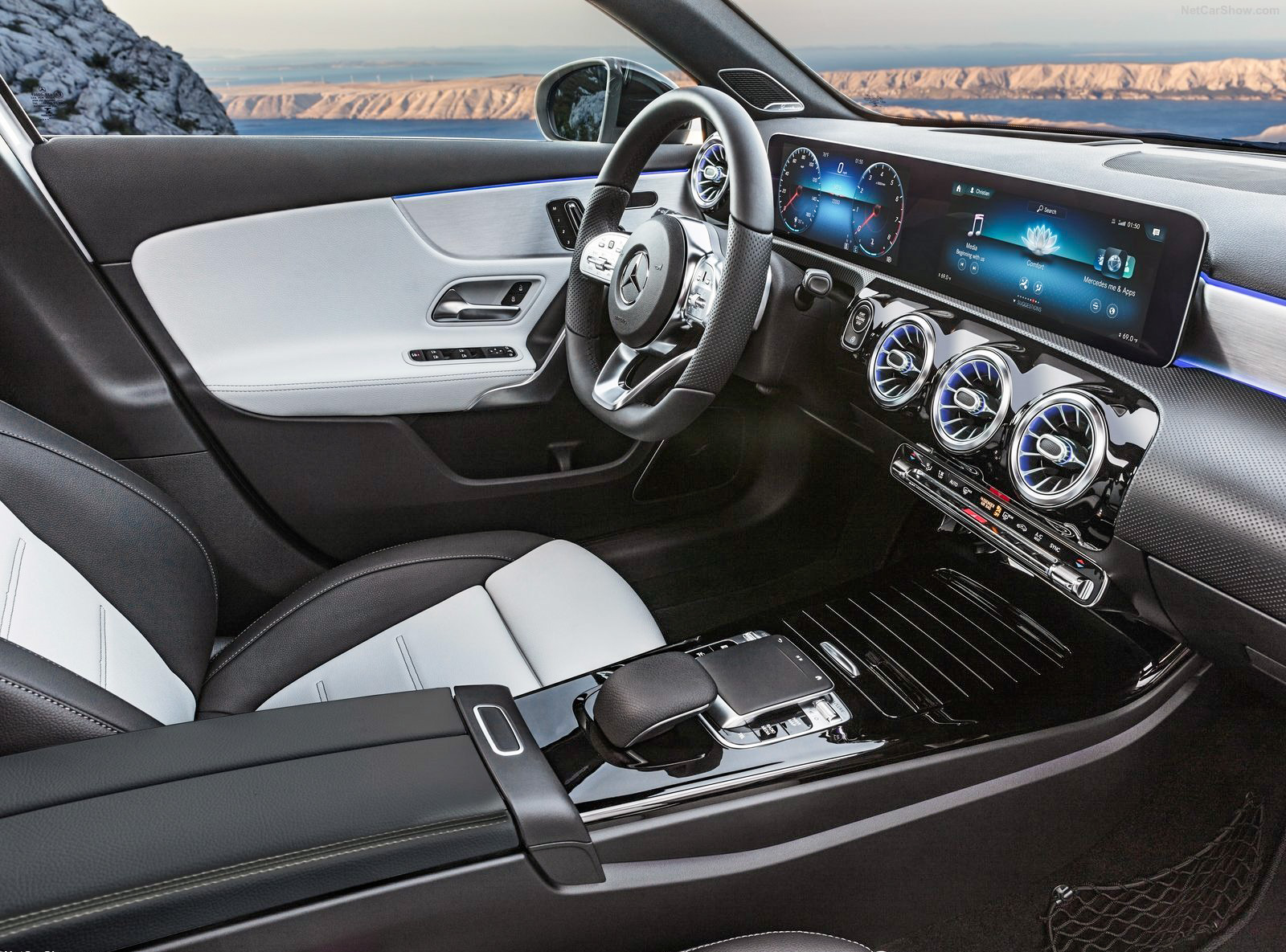 All new A-Class derivatives feature McPherson front suspension, while the A250 and 4Matic models use a four-link set-up at the rear. Entry-level A200 and A180d models will have to make do with a rear torsion beam arrangement.

Rather than overwhelm production capacity, Mercedes-Benz will spread the availability of the new A-Class throughout 2018: the A200 auto and A180d auto will be the first models available in the Spring, followed by the A250 auto in the Summer and the manual A200 later in the year – WG.