As Tesco hits 200 stores with electric chargers installed, the availability of supermarket charge points has doubled. And now the race is on to install fast chargers to fill up your car while you fill your shopping trolley.

Tesco reached a significant landmark in July 2020: it has now installed charge points at 200 of its supermarkets, offering electric car drivers the opportunity to charge up for free.

It's a team effort between Volkswagen, Tesco and Pod Point to provide the largest free retail charging network for electric vehicle owners across the UK.

The landmark 200th Tesco was the superstore in Chester, where four EV points were installed.

The installation of supermarket charge points is ramping up to meet the increasing sales of electric cars as more and more people decide on zero emission motoring.

To meet the increasing number of electric cars on the road, the number of supermarkets with charge points has doubled in the last year, helped by initiatives such as the Tesco/Volkswagen/Pod Point partnership .

According to a report from Zap-Map in association with the RAC, the number of electric vehicle charge points at supermarkets had increased by a factor of two by the end of 2019, enabling you to happily do your weekly supermarket shop while giving your electric car a charge up.

The survey, conducted at the beginning of 2020, identified Asda as the supermarket with the greatest number of locations with an electric car chargepoint (122 of its 633 sites, equivalent to 19%). Morrisons was in second spot with EV charging available at 89 of its 494 stores (18%), while Waitrose had 14% of its stores available with EV chargers, representing 49 of its 349 supermarkets, placing it third. 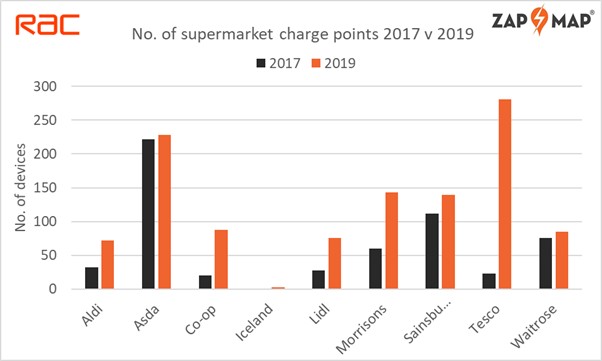 Tesco's plan is to install 2,400 charging points as a precursor to the launch of VW's new all-electric ID.3 which appears this summer.

Research by Volkswagen has found that the average Brit spends 50 minutes per week in a supermarket buying food and drink.

Electric car owners who plug in their vehicles to one of Tesco's PodPoint chargers could get around 22.5 miles of free charging from the 7kW points during that 50-minute period – enough time to do the weekly shop.

Over a whole year this works out at 1,170 miles - the equivalent of driving from London to Rome for free.

Meanwhile the electricity used is entirely carbon-neutral, because all Tesco electricity is from renewable sources. 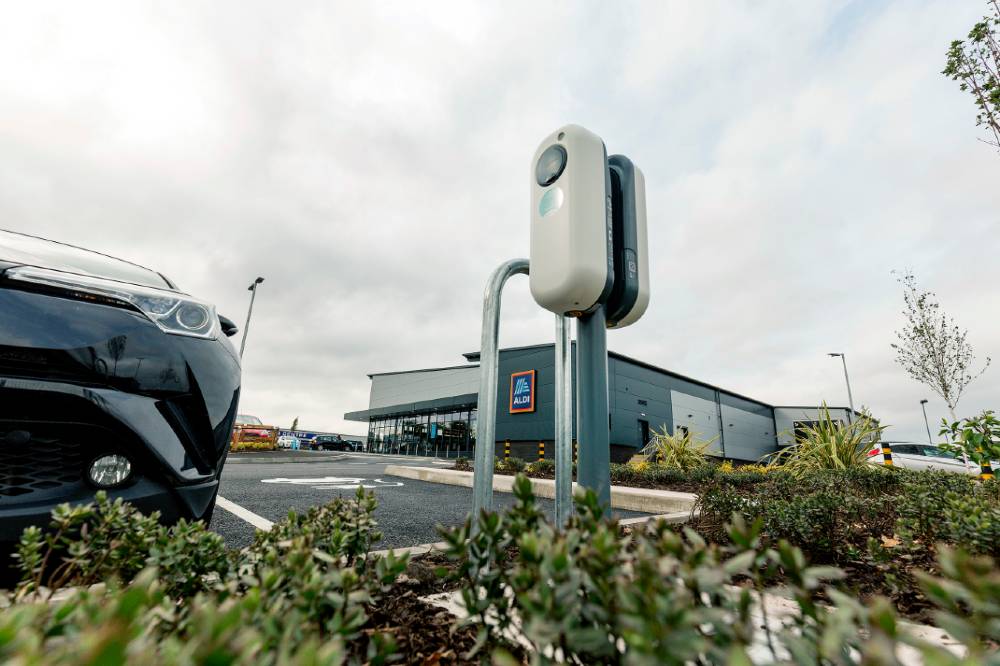 Aldi and Lidl in race to add fast chargers

The leading supermarket discounters, Aldi and Lidl, are also planning for greater electrification. Both supermarkets want to offer you fast charging alternatives.

Aldi is partnering with NewMotion to provide 140 new chargers over the next three years. These will allow faster charging between 7kWh and 22kWh - Aldi says it is to ensure that its EV infrastructure is future-proofed for newer EV models with bigger battery sizes supporting faster charging speeds.

Meanwhile Lidl will add 300 fast chargers to its supermarket sites over the next three years. The points, which can charge vehicles from 0-80% charge in around 50 mins, will be operated by Pod Point and can be used via the company's Open Charge mobile app. Chargers will have their own allocated and marked parking bays for use. 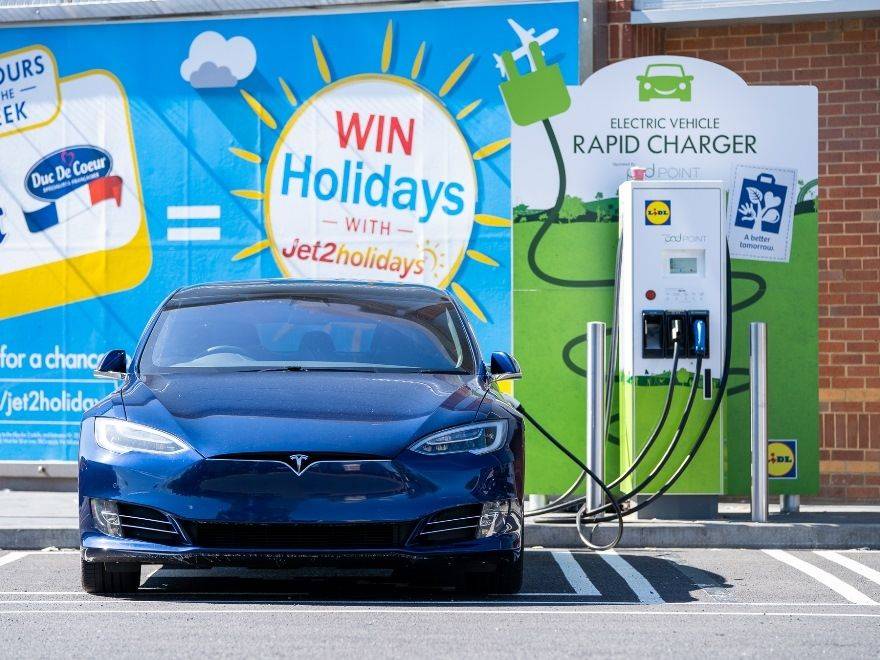 How about shopping for an EV?

With so much supermarket charging choice available, now could be the time to step into an electric vehicle, because the choice has never been greater. With cars such as the ID.3 arriving, and exciting models such as Polestar 2, the Kia e-Niro, Honda e and Vauxhall Corsa-e already on the market, there is plenty of choice.

So have a look at all our latest electric car leasing deals here insert hyperlink to your EV car deals] and we'll help you get on the road to zero emission motoring.