German auto giant Audi has revealed the eagerly-awaited A7 Sportback for its 2018 model year, featuring an evolved exterior look, a bank of new technology inside and a mild hybrid system on every engine in the range.

The 2018 A7 Sportback adopts Audi's latest 'MLB Evo' platform and borrows styling influences from the new A8, but with a wider and lower grille and narrower headlights. While its side profile and coupé-like roofline are largely unchanged, the rear now boasts a full-width LED tail-light and the active rear spoiler, which rises at speeds of over 75mph, is retained. 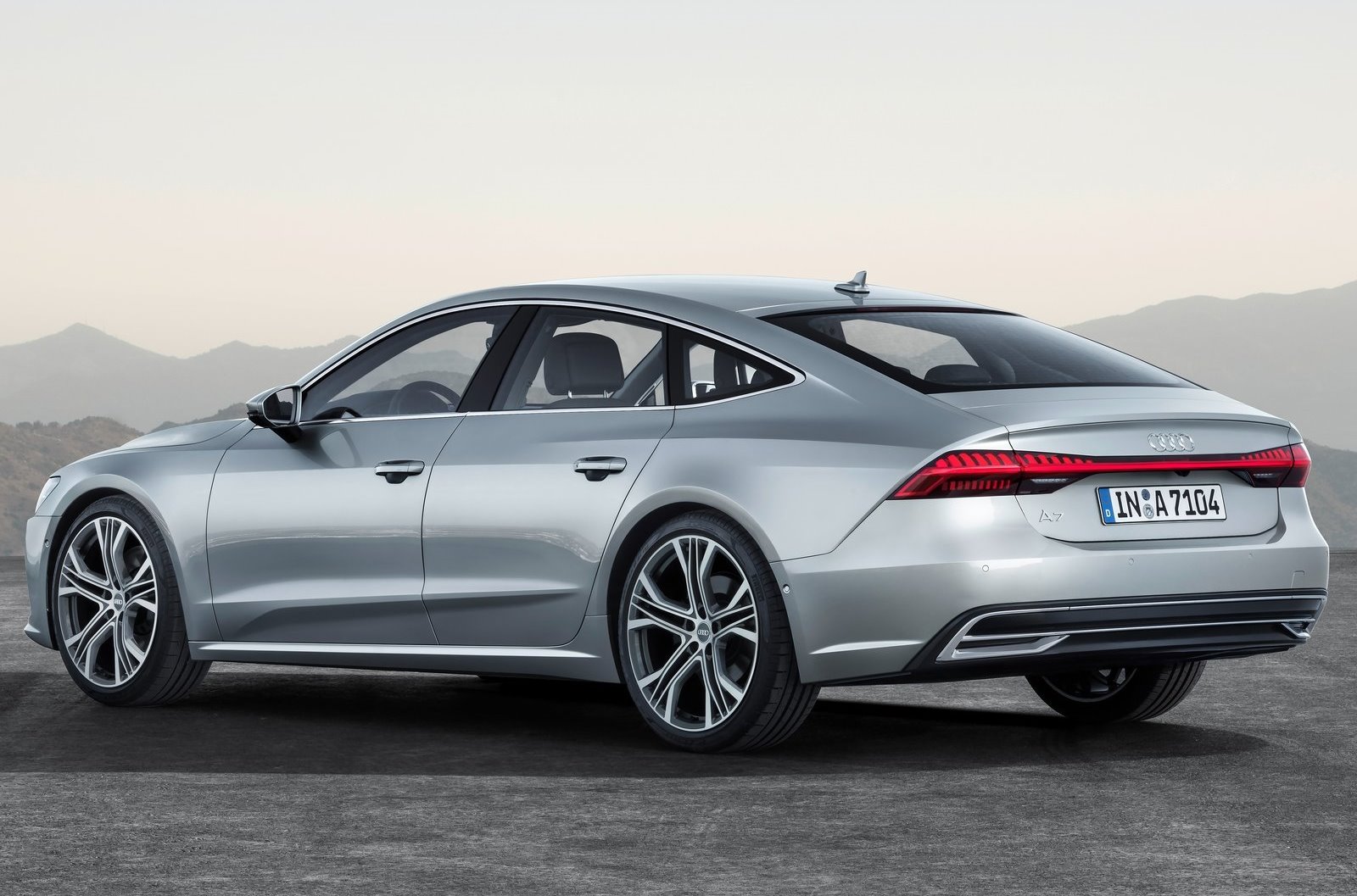 The big changes are inside and are more A8-led. The A7 Sportback sports Audi's most advanced MMI Touch Response infotainment system. Two screens control the majority of the car's functions, with a 10.1-inch upper display controlling the infotainment and navigation and an 8.6-inch unit below for the car's climate and comfort functions. Both screens use haptic and acoustic feedback to allow users to feel and hear a confirmation 'click' when a button is pressed.

The new A7 debuts initially with just one engine choice: a 3.0-litre V6 TFSI petrol unit producing 335bhp and 500Nm of torque, which delivers a 0-62mph time of 5.3 seconds and a top speed of 155 mph, a claimed 41 mpg(c) and emits 154g/km of CO2. Other four and six cylinder petrol and diesel engines will follow later but UK-destined units are unknown at this time. 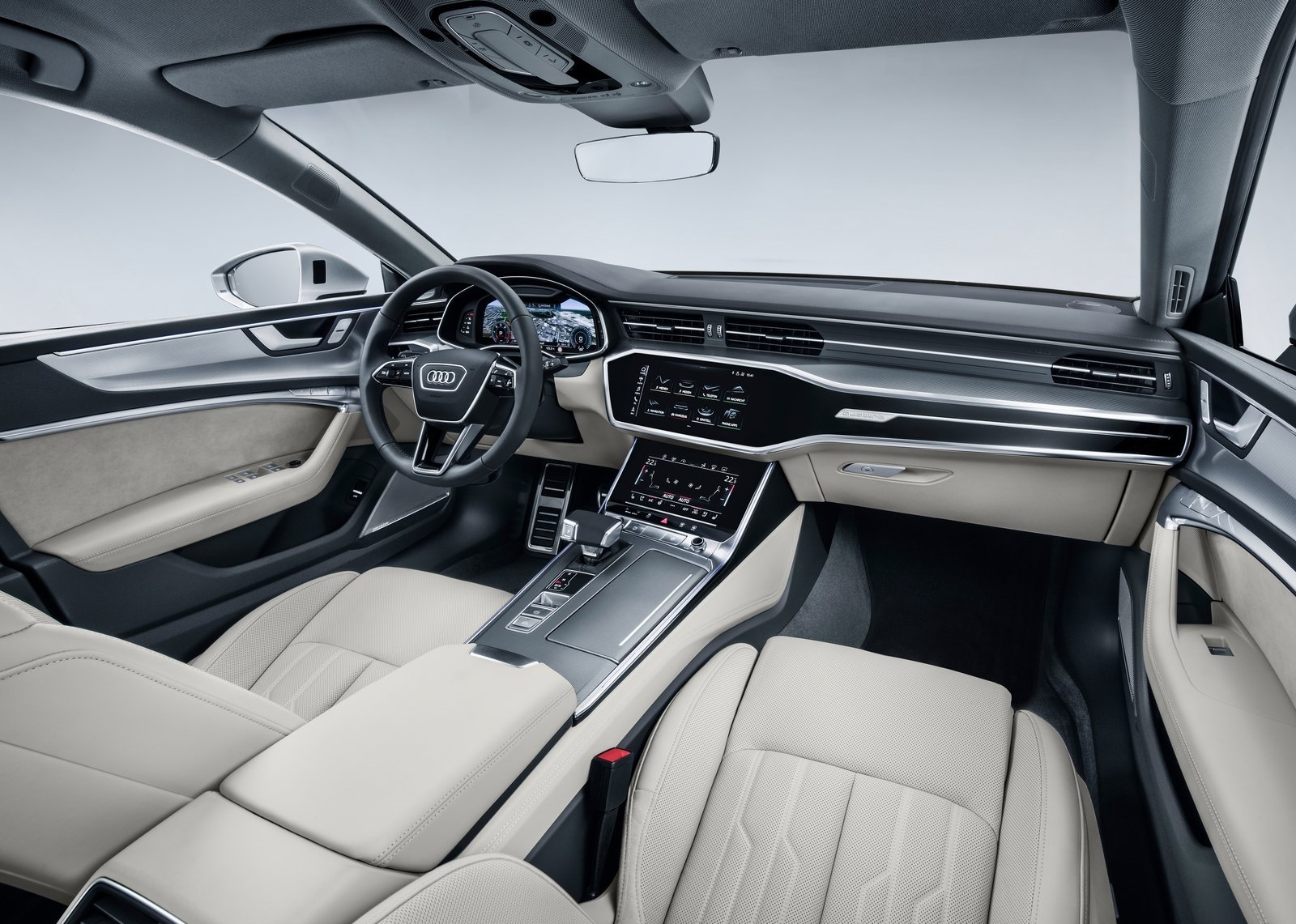 All engines fitted to the A7 will use some degree of hybrid tech, with the six-cylinders using a 48v hybrid system. Regenerative braking feeds a lithium ion battery and a starter generator, allowing the car to coast with the engine off whenever practical between 34 and 99mph. Stop-start now activates below 14mph, and automatically starts the car when traffic moves away. The tech improves fuel consumption by around 10 per cent.

All A7 Sportback models will be rear wheel drive, with the optional Quattro system sending power to the front axle when required. Four-wheel steering is also available to boost agility, while a new electronic chassis control system debuts. Buyers get four suspension setups to choose from: standard steel springs, sports suspension lowered by 10mm, an adaptive damper system or self-levelling air suspension. A rear limited-slip differential can also be specified.