It's the car original Mini enthusiasts love to hate...the car that divides like the last Victoria Sponge at a WI convention. Opinions usually differ when convention is bucked, but if you're a fan of the new MINI and need more space for a growing family, perhaps the MINI Countryman is your ideal car.

The first generation of the MINI Countryman was launched back in 2010 and seven years on, was still selling well despite looking a little dated. Rewarded with phenomenal sales success of 568,508 cars globally (78,088 of those in the UK), MINI UK was prompted to build the second-generation car we're looking at here. 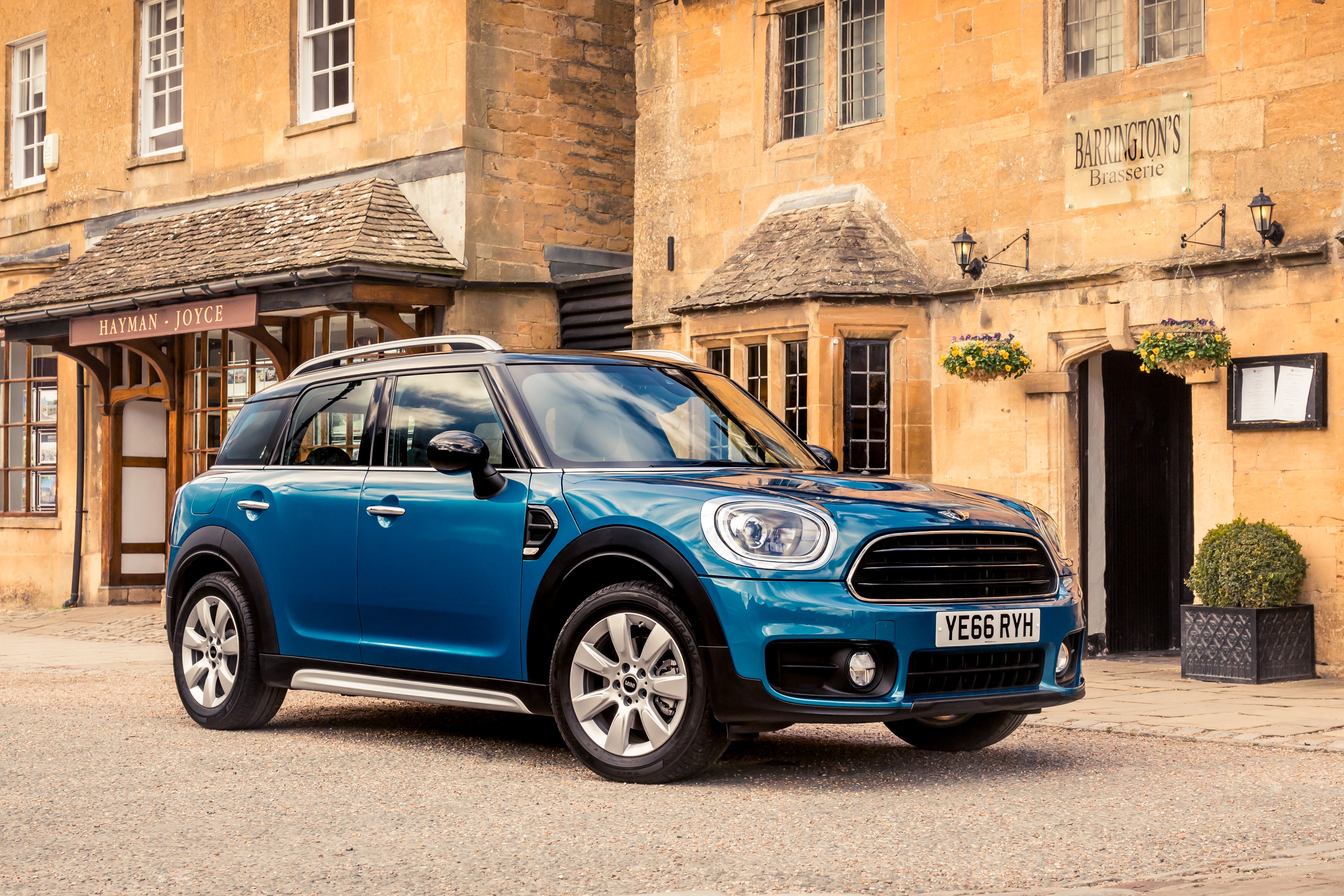 Unveiled at the LA Auto Show last year, the new Mk2 MINI Countryman went on UK sale in March 2017 and is proving as popular as the crossover boom continues unabated. It's bigger, more efficient and more high-tech than the last model, but is it better as a result?

Inside, the design is typical MINI with over-styled touches like the huge circular display and chrome toggle switches. Fortunately, MINI created traditional dials ahead of the driver and removed the clumsy central speedo. The new central display is now surrounded by multi-colour LED lights which change hue according to speed, settings and display modes. 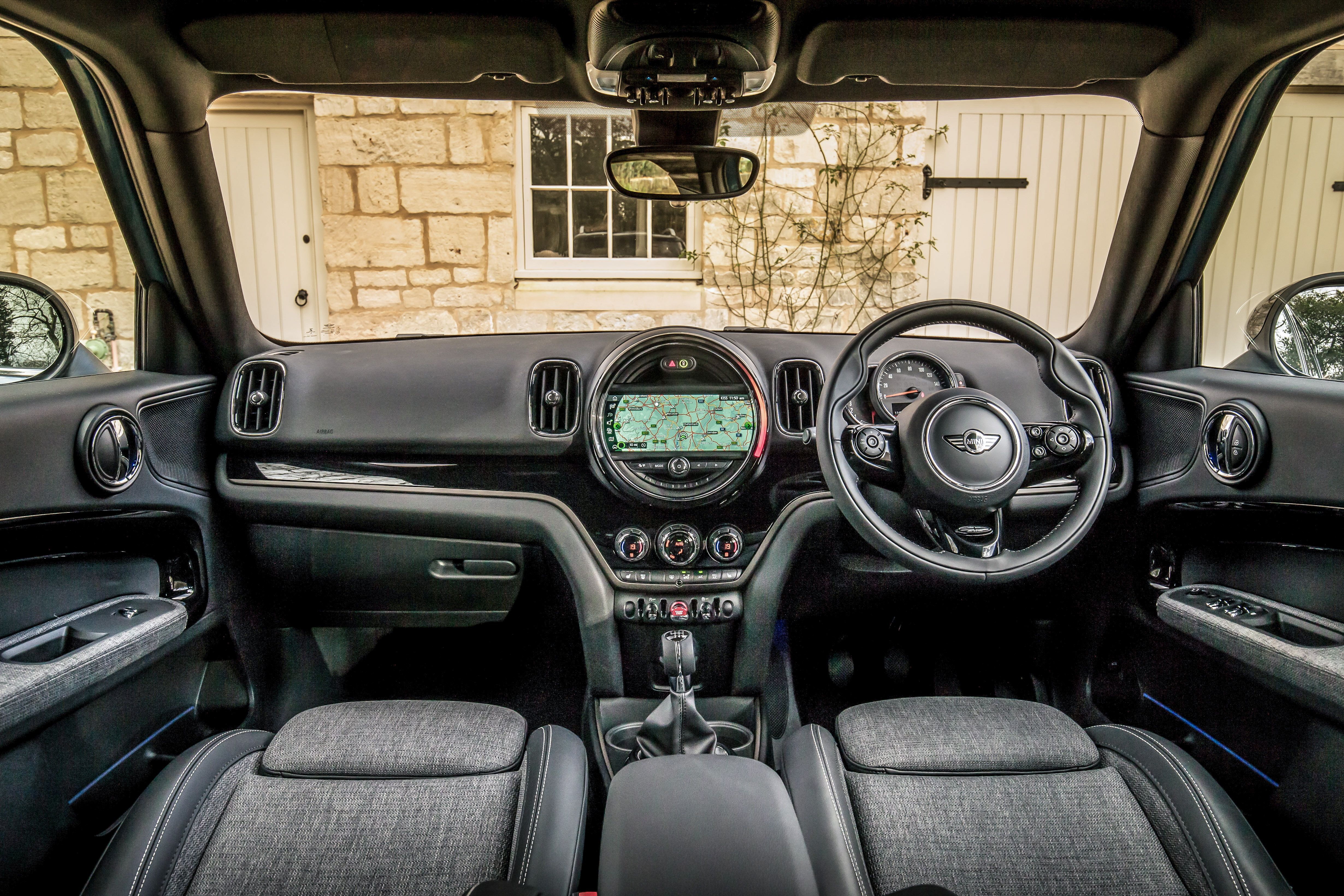 Interior quality is much improved; the materials for the seats feel classy, while a mixture of soft touch plastics on the dash and fabric trim on the door pulls lifts the ambience. Glossy black trim on the dashboard feels solid and looks upmarket, too. Boot space is a reasonable 450 litres, expanding to 1,390 with the second row of seats lowered.

MINI has extended the wheelbase of the Countryman by 75mm, which benefits rear legroom and means two adults will be comfortable in the back for longer journeys. Five is a bit of a squeeze, though, thanks to the large transmission tunnel and sculpted seats, despite the increased cabin width. 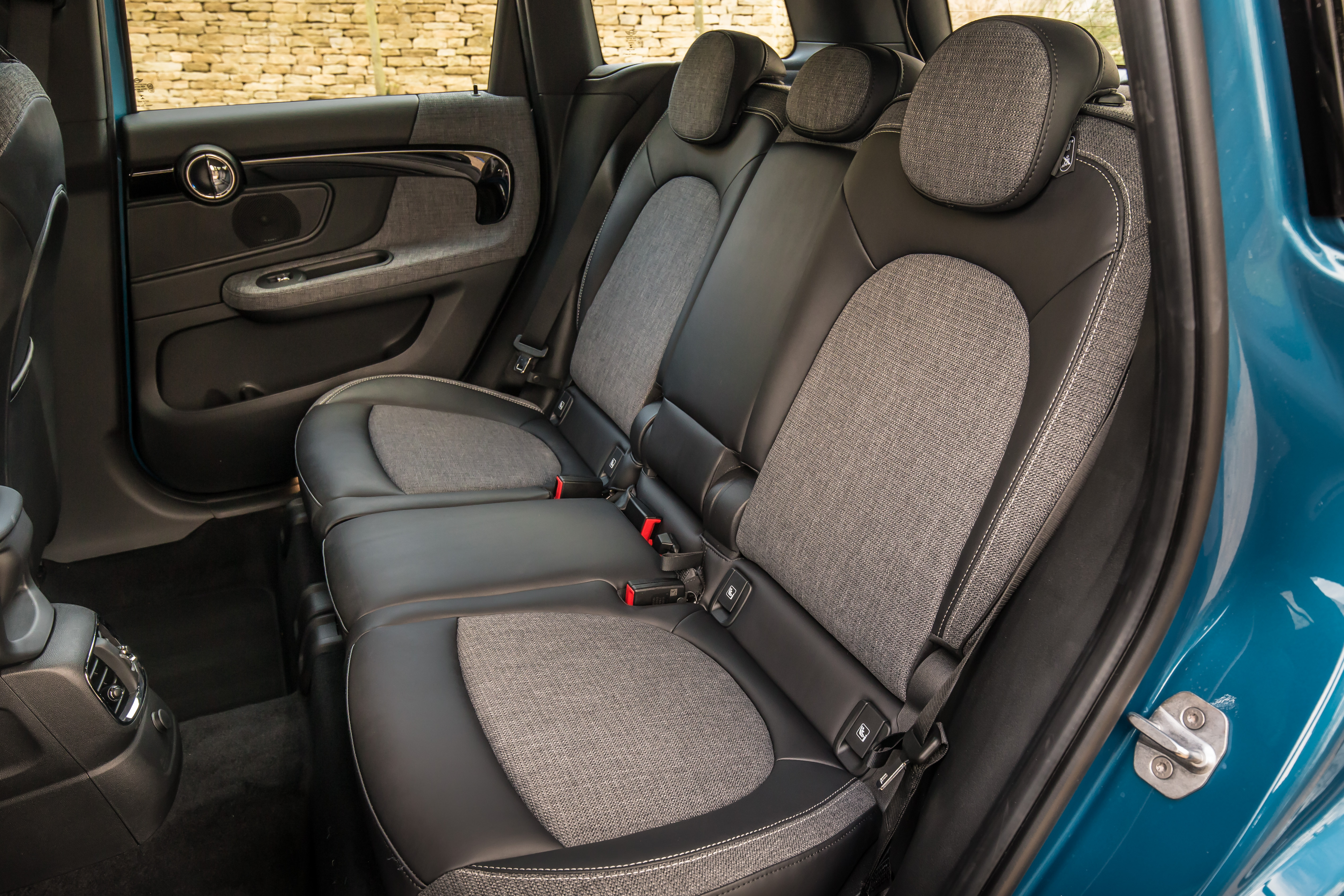 Before you know, it you will have spent thousands speccing up a MINI with all sorts of customisation choices, but the standard models are reasonably well-equipped: The Cooper-spec Countryman as tested gets sat-nav, a DAB radio, cruise control, parking sensors and Bluetooth as standard. 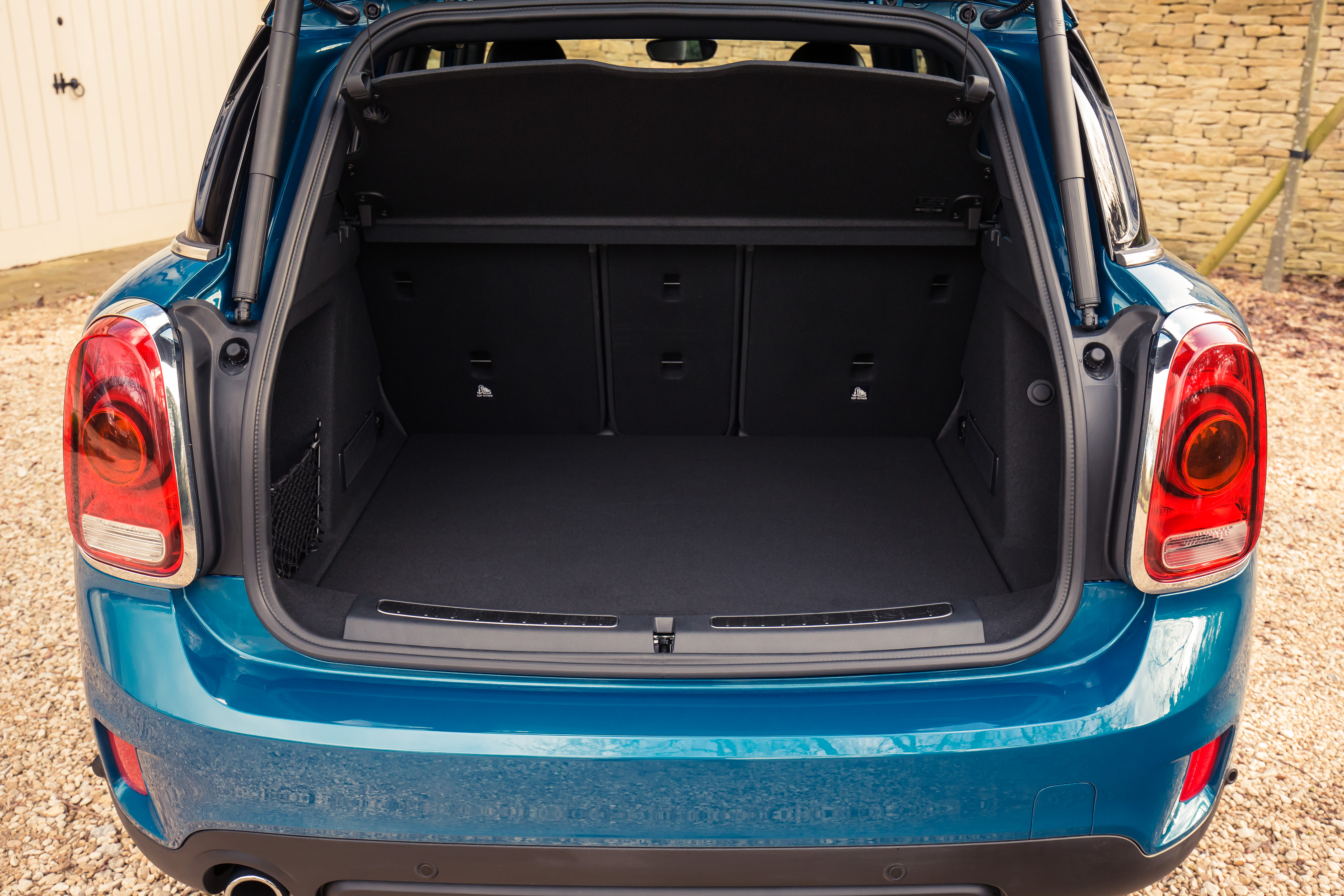 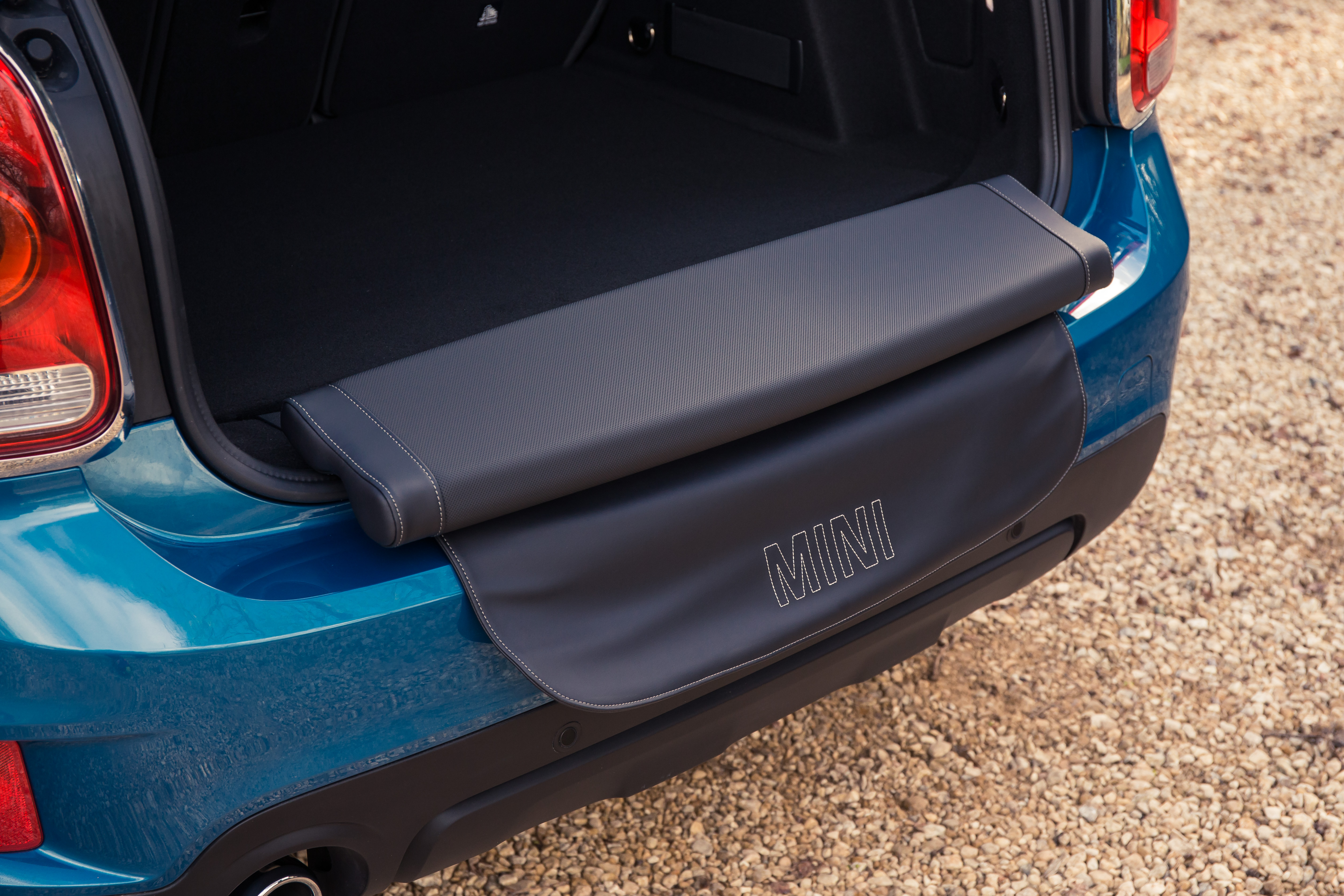 Standard connected services on all Countryman models include compatibility with an iPhone or Apple watch through MINI's Connected app, while the system can also transfer destination data saved on your phone straight to your car. There's also the usual Bluetooth streaming for music, plus the Media pack includes enhanced Bluetooth for better sound quality on calls and wireless mobile phone charging.

Modern MINIs are about paying a little bit extra for the increased desirability and BMW build quality. As such, the Countryman isn't exactly the cheapest compact crossover to buy, but at least it shouldn't prove costly to run. 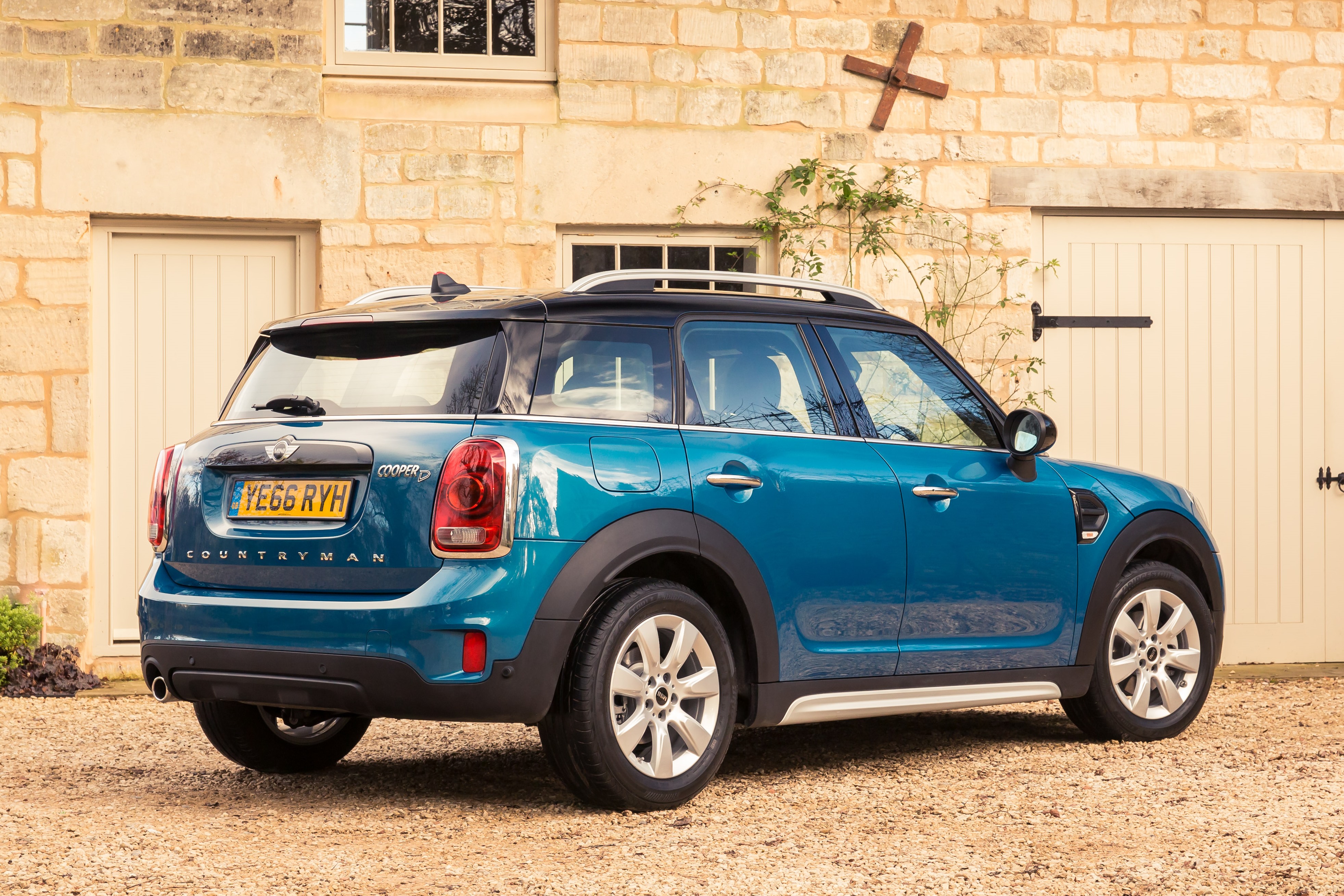 The most economical Countryman is, of course, the Cooper D as tested with its strong 2.0-litre, four-cylinder diesel engine. Its claimed fuel economy figure of 65.7mpg is very good, given its healthy output of 150hp and 330Nm of torque. Similarly, CO2 emissions of 113g/km are excellent and put the Countryman Cooper D in the 22 per cent tax bracket for higher earning Benefit-in-Kind ratings.

Standard on the Countryman Cooper D is a smooth, quick-throw six-speed manual gearbox, while BMW's eight-speed Steptronic 'manumatic' sourced from ZF is an option. From a dead start, 62mph is reached in just 8.9 seconds going on to peak at 129mph. 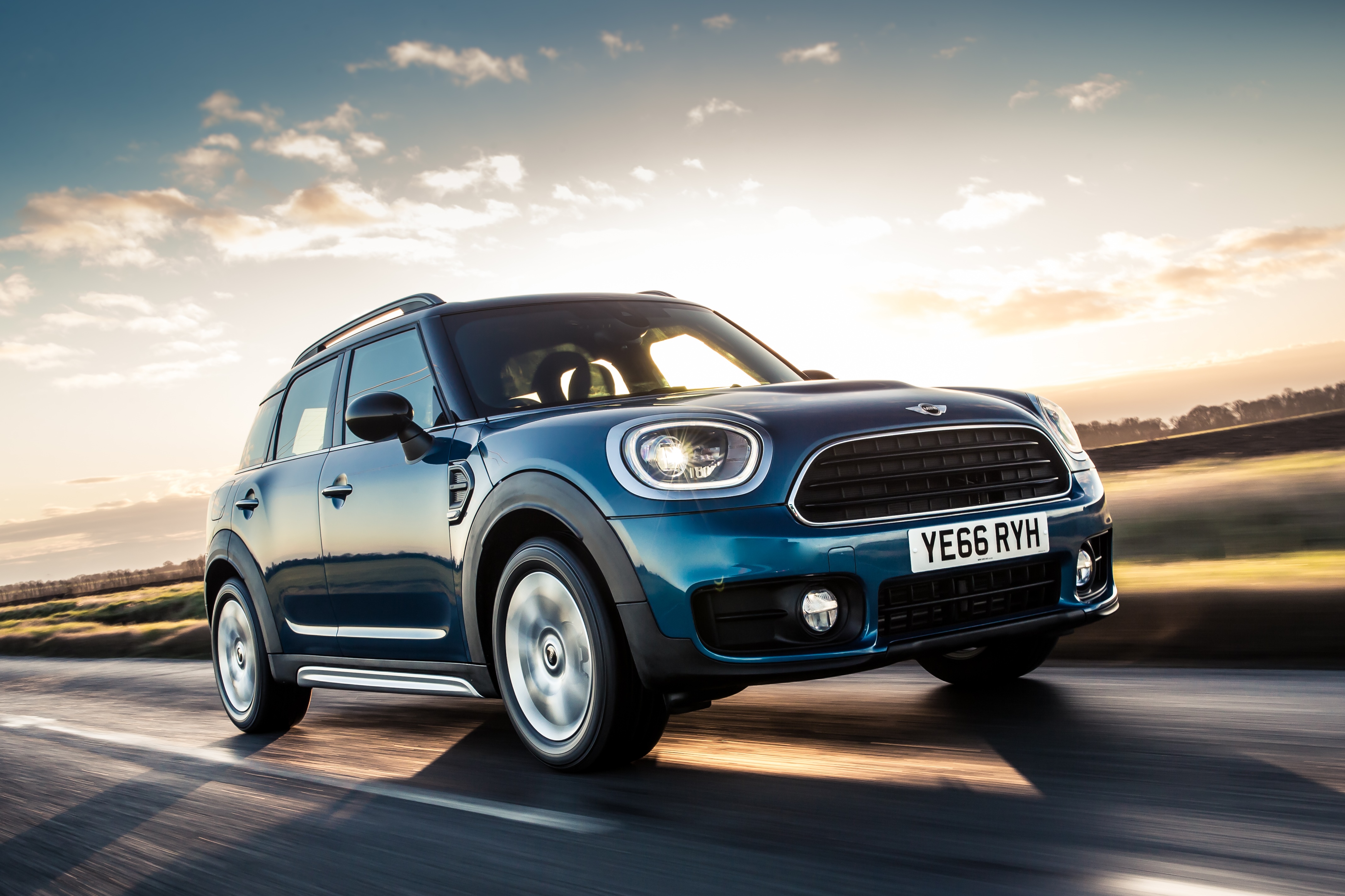 'Handles like a go-kart', 'drives like it's on rails', 'sticks to the road like glue'…all are worthy (if a little overused) descriptives for the modern-day MINI. The Oxford-based car-maker has built a reputation for building fun to drive small cars and thankfully, the four-door Countryman still has plenty of MINI originality left in the driving experience.

This fun is evident when you get the Countryman on a twisty road. The steering is quick and there's lots of grip on offer. Even with its longer wheelbase and a higher kerb weight, the car feels more nimble and sharper to drive. 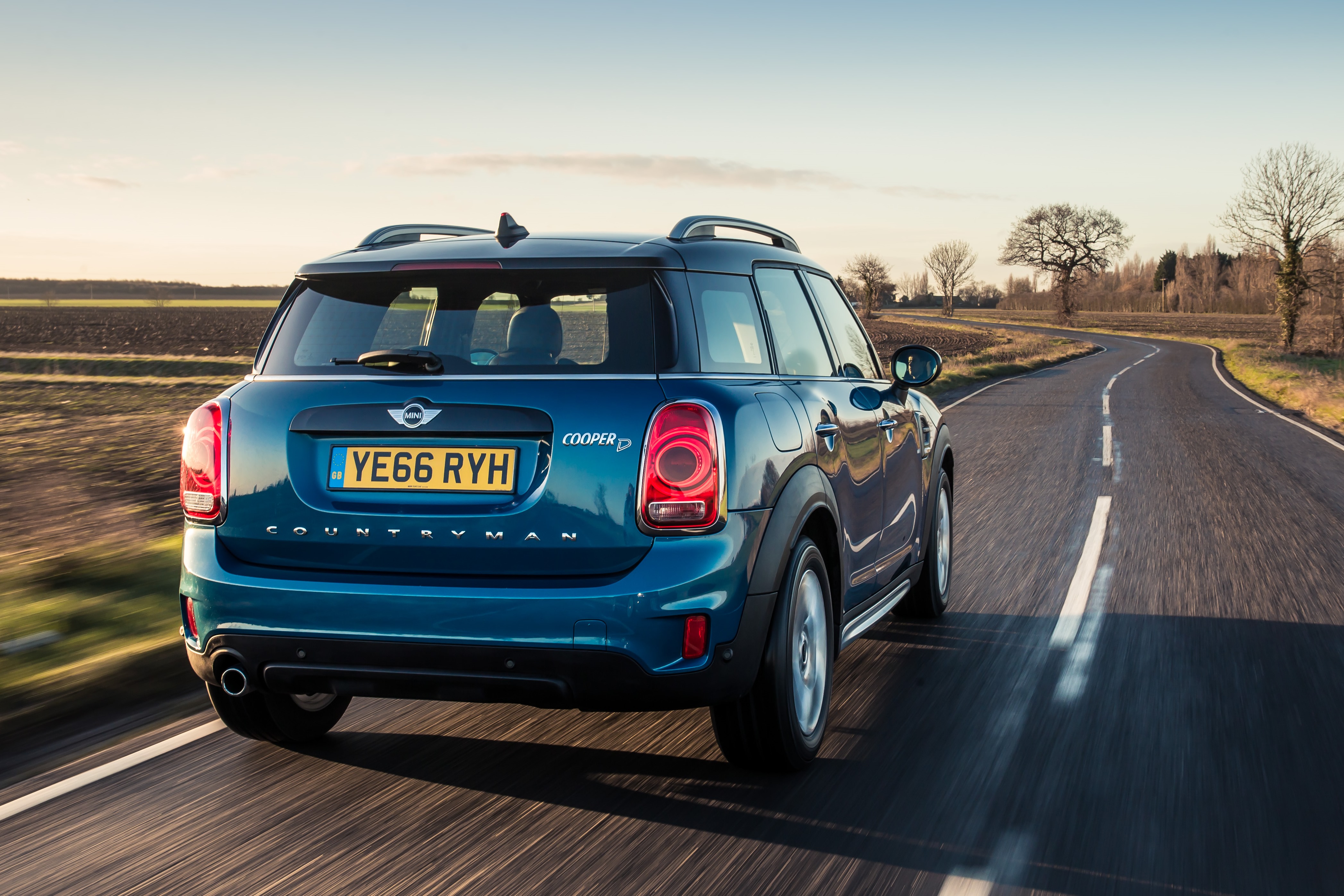 The MINI darts into turns with a level of enthusiasm that might take you by surprise at first. But you soon get used to this agility and the car handles exceptionally well and corners with little roll. There are different driving modes to choose from as part of the recommended Chili Pack and in Sport the Countryman's steering and throttle response are sharpened up. However, Mid mode is more natural, with a nicer linearity to the accelerator.

The wider track means the handling is very surefooted and composed and the MINI is keen to turn-in to corners with its sharp, direct steering. Even the gearshift operates with the well-oiled precision typical of a BMW Group model. It's not as fun or engaging to drive as smaller MINIs, but by the standards of the compact crossover class, it's very good indeed. 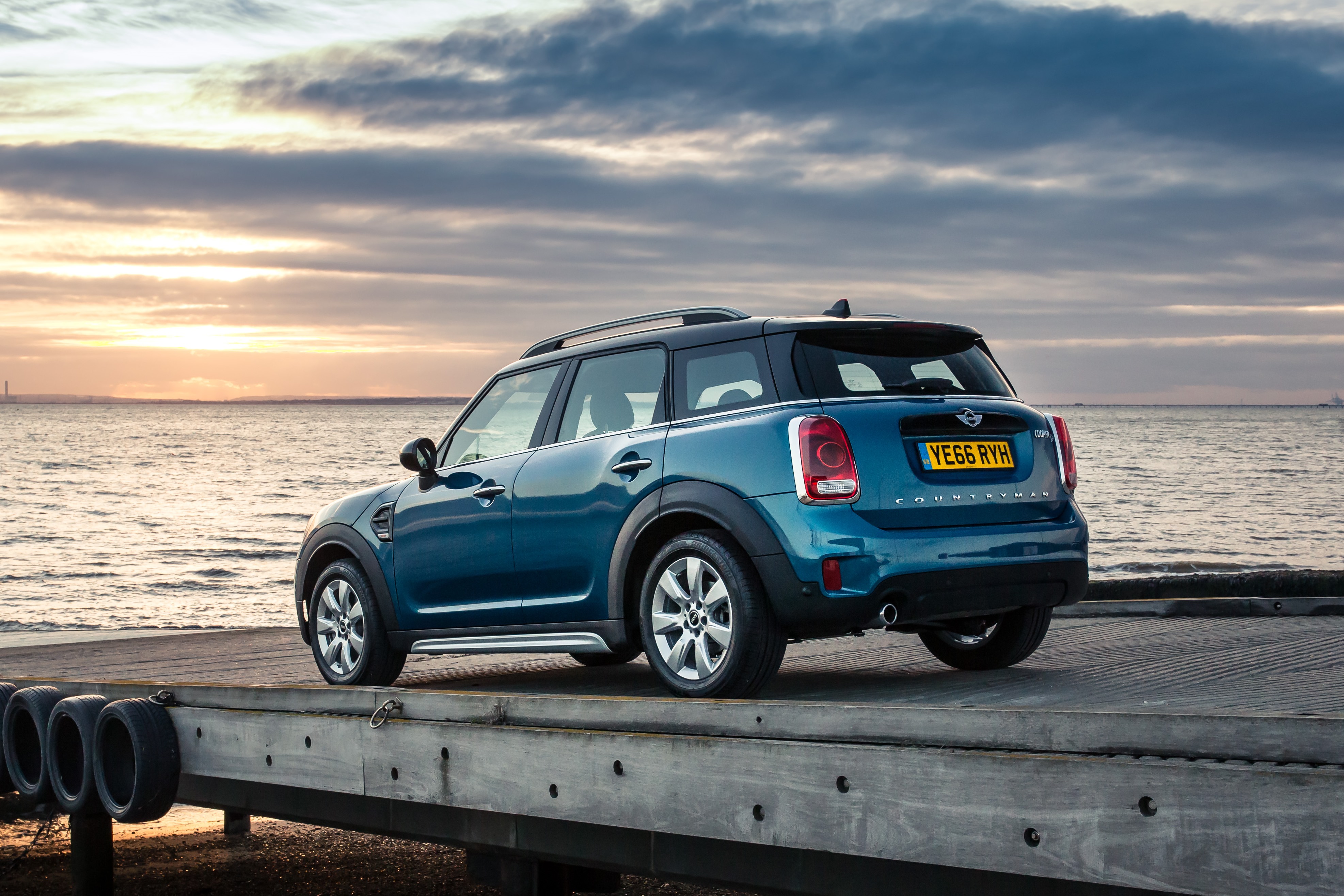 Happily, MINI has also managed to match composed handling with mature cruising ability. The ride is a bit firm at times as potholes and broken surfaces unsettle the car. Vertical movements are evident at higher speeds, but thanks to good damping, the Countryman is never too uncomfortable.

Despite some tyre roar on bad surfaces, the Countryman is among the more refined cars in its class, with excellent isolation from wind and engine noise. Visibility is quite good and it's easy to place the corners of the car when manoeuvring and parking. 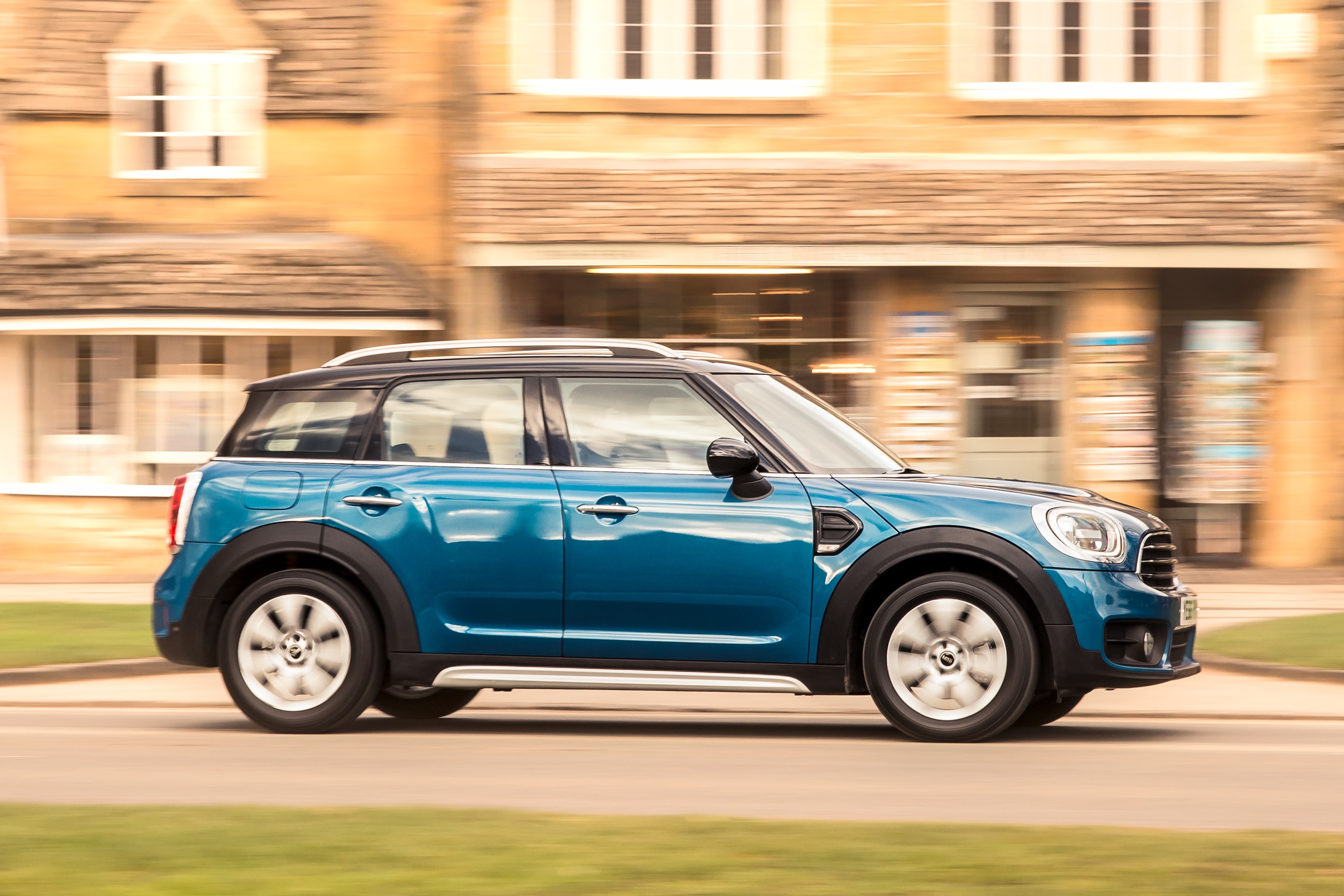 In its latest guise the Countryman has grown into a more useful car than ever before, while retaining enough of the charm of other MINIs to feel genuinely different to rivals. Bigger, better equipped and with an improved drive, the MINI Countryman Cooper D is definitely a step up from its predecessor. It's no Mazda CX-3 mind, but is almost as much fun.

➤ Check out our Special Offer for the MINI Countryman Cooper D here! 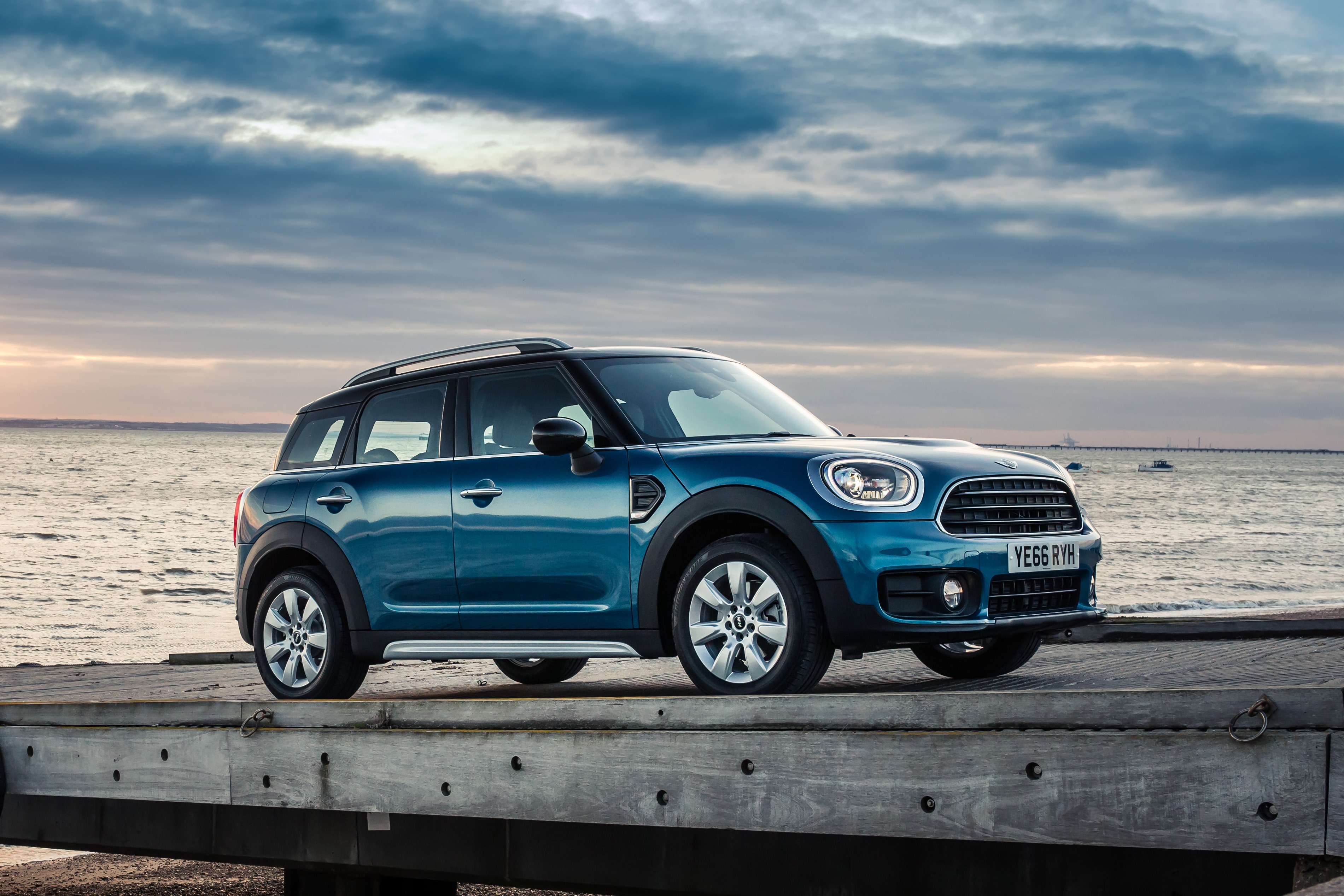