To meet the demands of the post-war market which called for economy cars, the original Nuova Fiat 500 was launched to the Italian public on the 4th of July, 1957.

It was developed by Italian engineer Dante Giacosa as an inexpensive and practical town car, designed to be both affordable and as cheap as possible to run. It was powered by a two-cylinder 479cc air-cooled engine mounted atop the rear drive wheels. 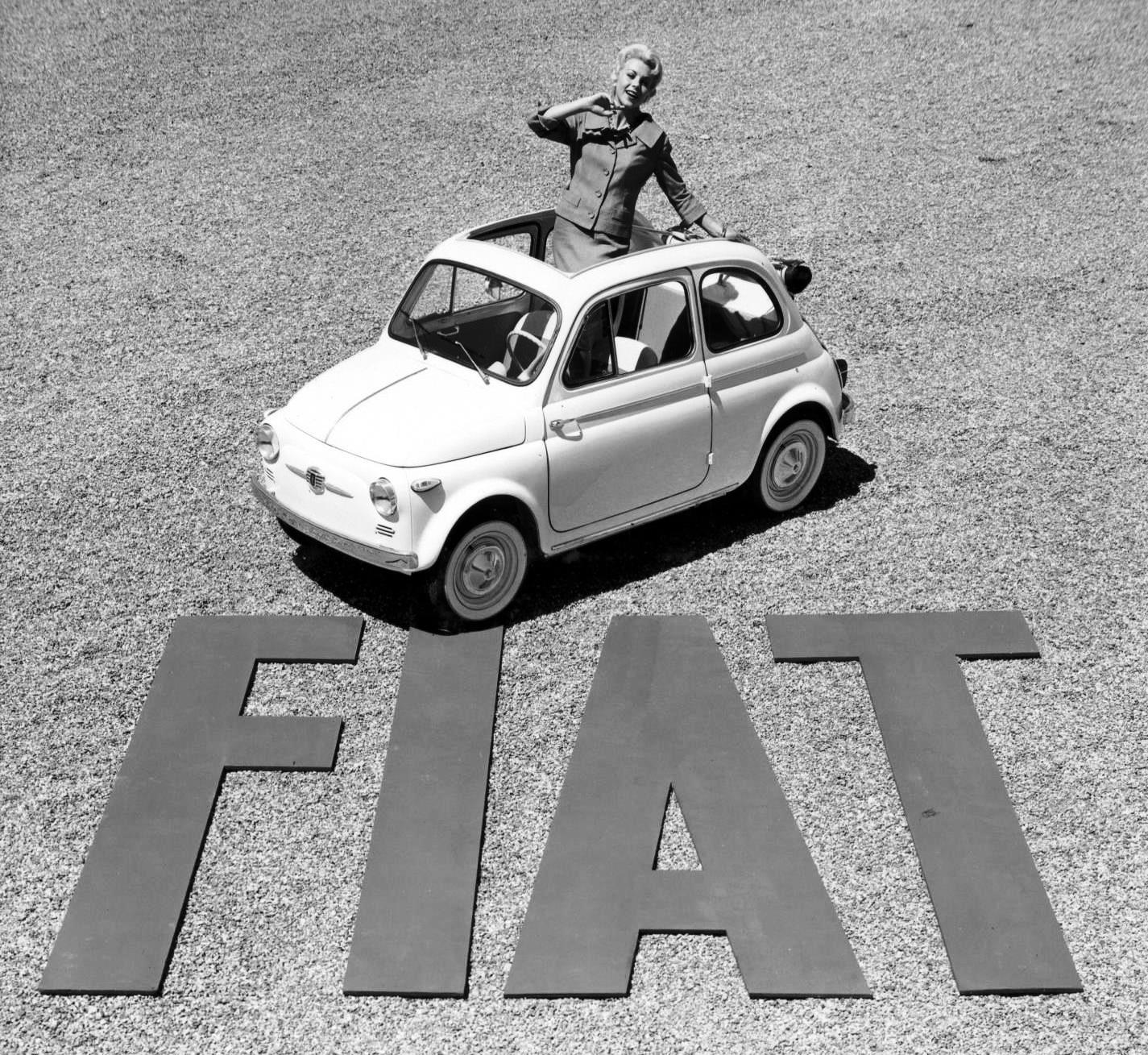 Producing just 13bhp, the original 470kg Fiat 500 was capable of just over 50 miles per hour, was extremely fuel efficient and required only the most basic maintenance. Production continued in various guises until 1975, with almost four million 500's sold around the globe.

Spurred by earlier successes of the re-invented MINI and VW Beetle, Fiat introduced the latter-day 500 in 2007 on the 50th anniversary of the Nuova 500's launch. Stylistically inspired by the 1957 Nuova 500, it featured a front-mounted engine and front-wheel drive. 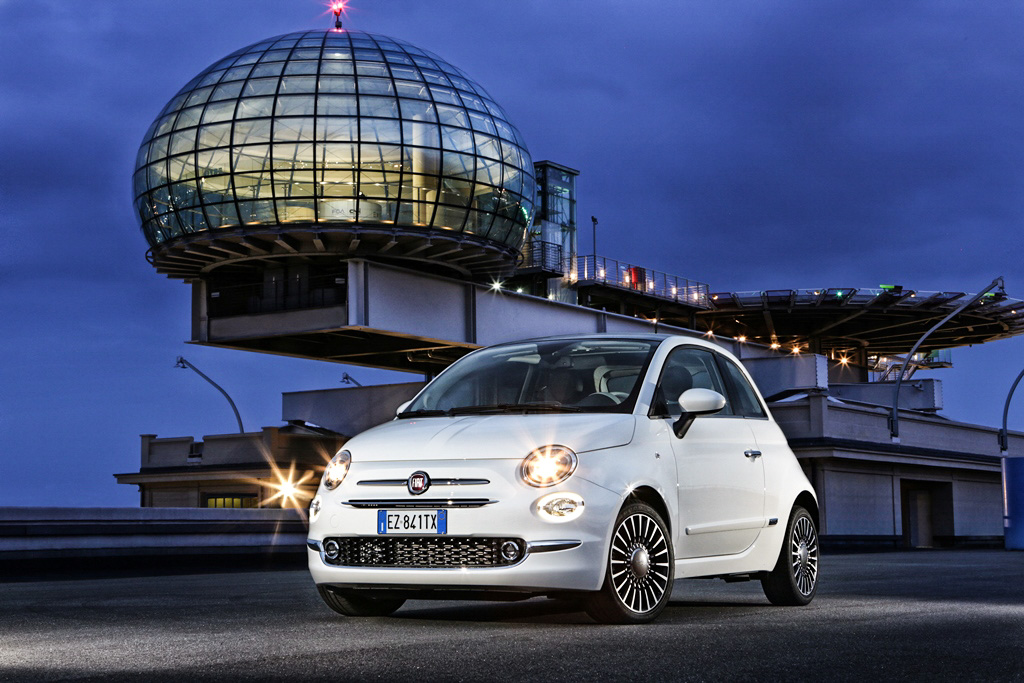 It remained true to the philosophy of the iconic 1957 car – affordable, practical and retro-stylish and its design a perfectly executed homage to the original car. Marketed in 100 countries and with more than 1.7 million global sales, today's Fiat 500 is barely unchanged in the design stakes from the 2007 model.

The third chapter in the Fiat 500 story began in the summer of 2015, when Fiat revealed a refreshed Fiat 500 in Turin.

The Fiat 500 remains Fiat's best seller in all global markets, so it's unsurprising that the Italian recipe remained largely unchanged. The modern-day Fiat 500 hasn't grown in size since its reintroduction in 2007. 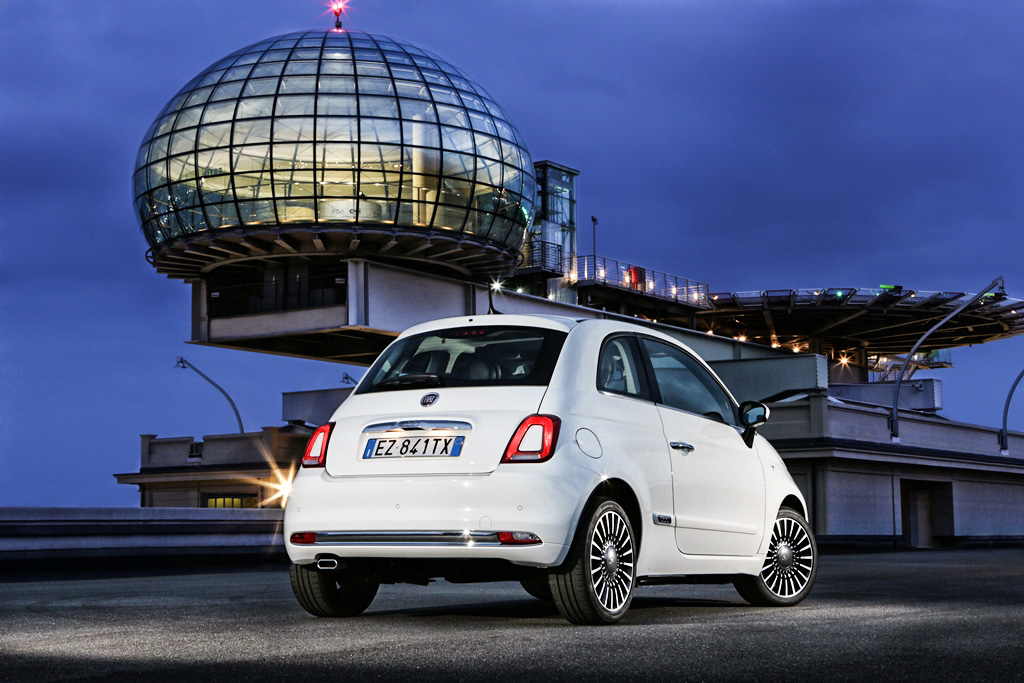 Instead, the latter-day Fiat 500 has matured with subtle exterior enhancements, added technologies, improved engine and transmission efficiencies and increased personalisation options. According to Fiat, there were 'no fewer than eighteen hundred changes' made to the 2015 Fiat 500, the more noticeable of which were in the front and rear styling. 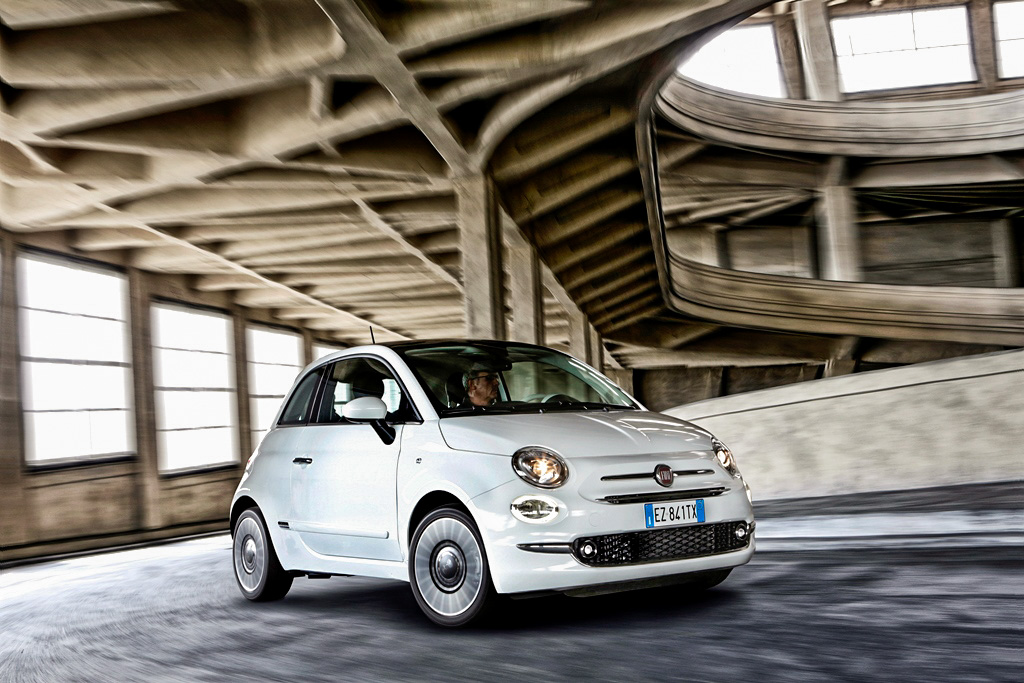 The iconic Dali 'moustache' remained and was joined by an additional but wider line of chrome trim directly below, while the reshaped grille was highlighted with dual 'Dali' chrome trims either side.

At the rear, new ring-shaped light clusters were introduced which featured body-coloured centres which look very neat under braking and are strikingly effective at night. Rear fog and reversing lights were relocated separately to the edges of the redesigned bumper trim.

There are five patterns across two 'Second Skin' options, the lesser of which runs only along the belt line, while the larger 'skin' option covers the upper half of all hatchback models. 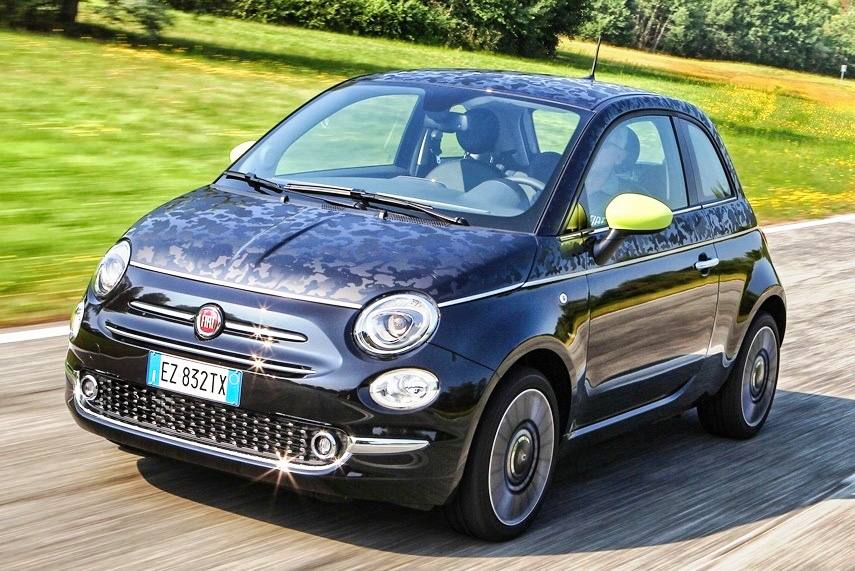 On the inside, the changes are more noticeable with a new dashboard design which integrates the five-inch 'Uconnect' infotainment system across the range, with the air vents raised to its sides. The unit is easy to read and simple to use, with steering wheel-mounted audio controls and USB / Aux-in ports on all models.

The circular instrument cluster, with analogue dials for speed and engine revs and digital secondary gauges, was retained for Pop and Pop Star trims, but the Lounge variant offers an optional seven-inch TFT display. 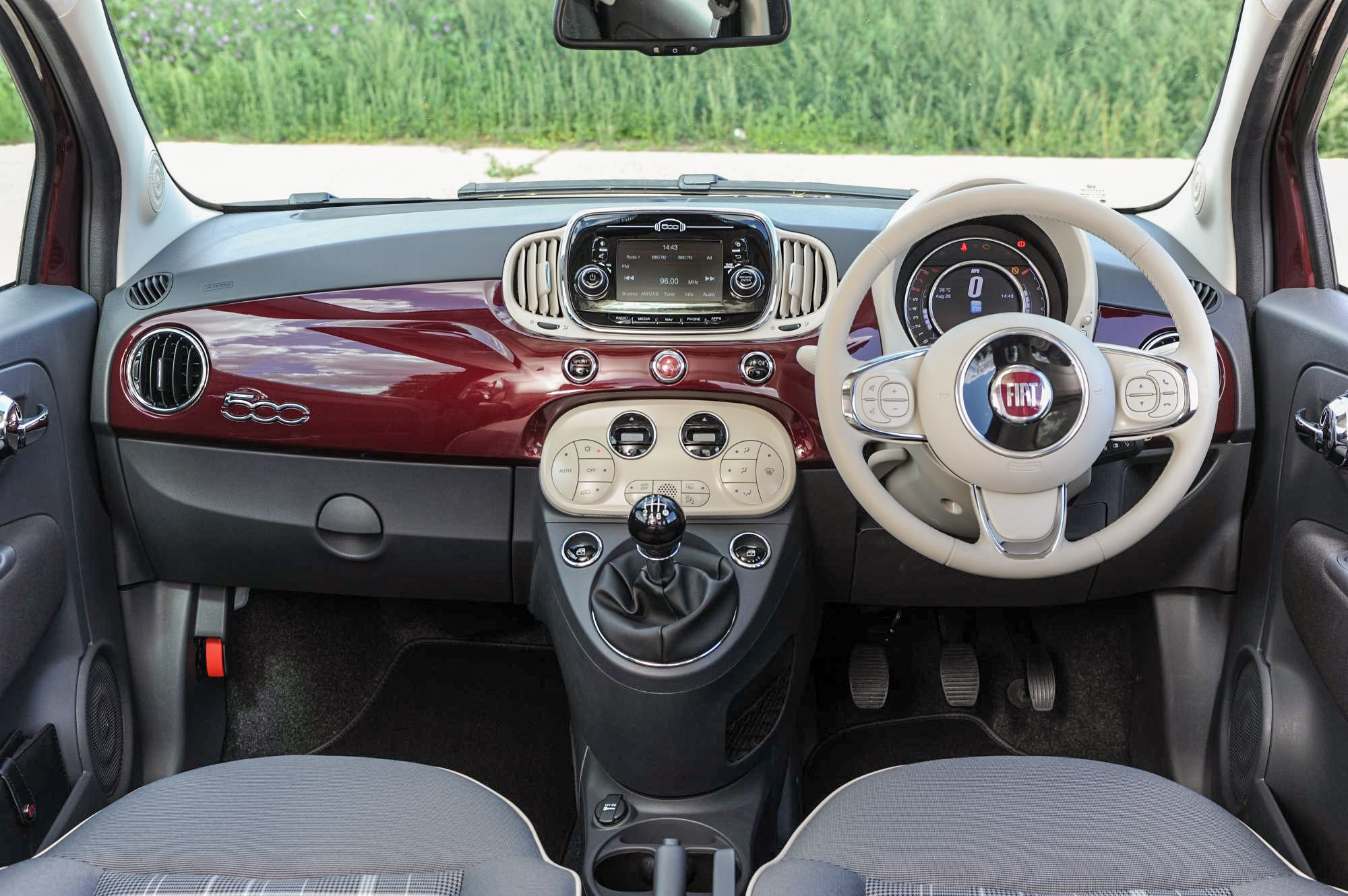 The front seats have been expertly reshaped and are more comfortable. The glove box is now lidded and the centre console has been revised to accommodate new cup holders, relocated USB / Aux-in ports and a repositioned 12V power socket. New switches for the electric windows adopt a push-down-pull-up operation. Additional soundproofing panels in the wheelhouse and firewall enhance NVH refinement. Being the nature of the beast, the 500's boot remains unchanged at a diminutive 185 litres with the rear seats in place. 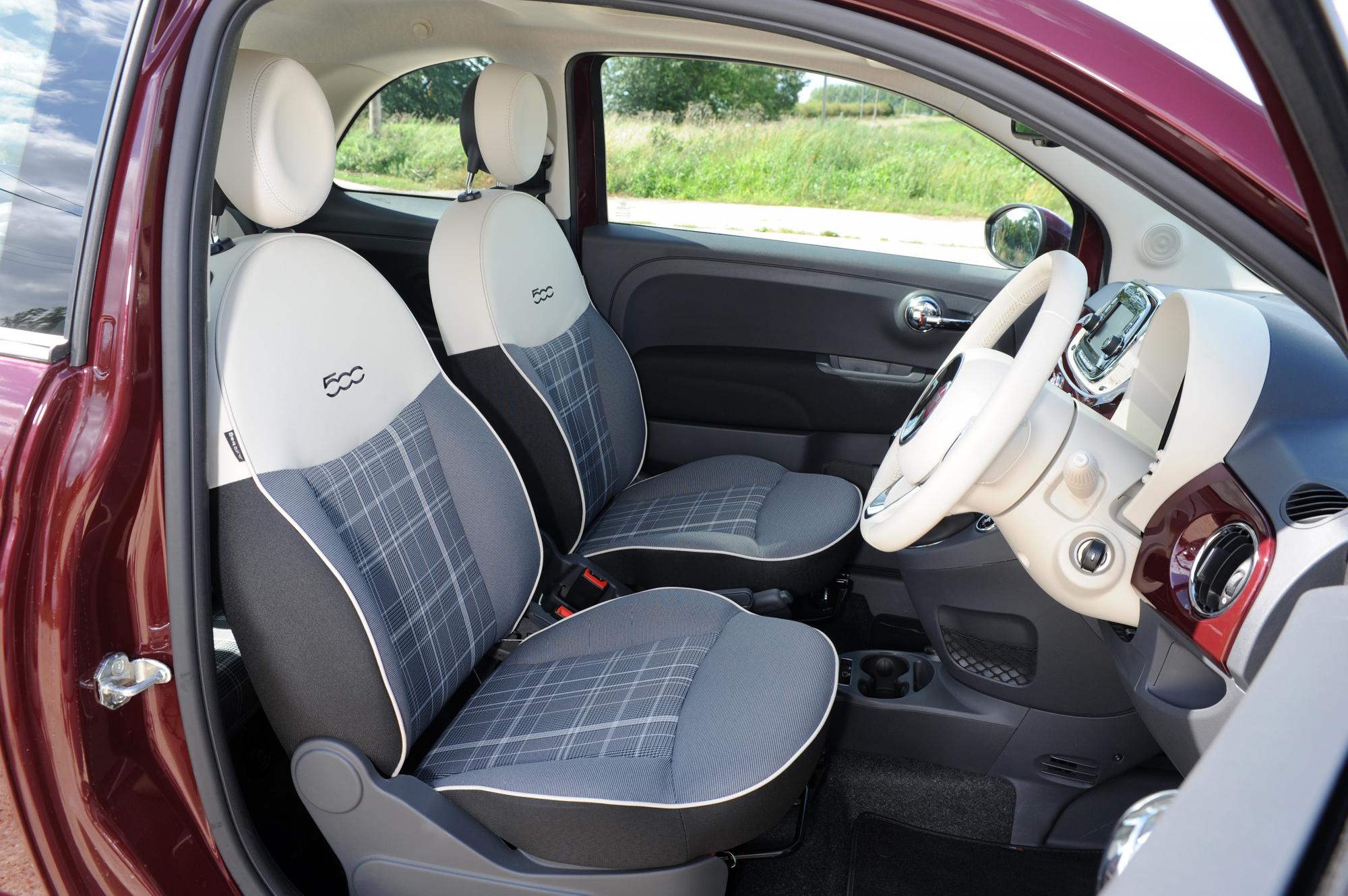 There are no less than four special editions of the Fiat 500 available right now; 'S', 'Riva', 'Mirror' and 'Anniversario', a model developed in honour of the original 500's 60th birthday. 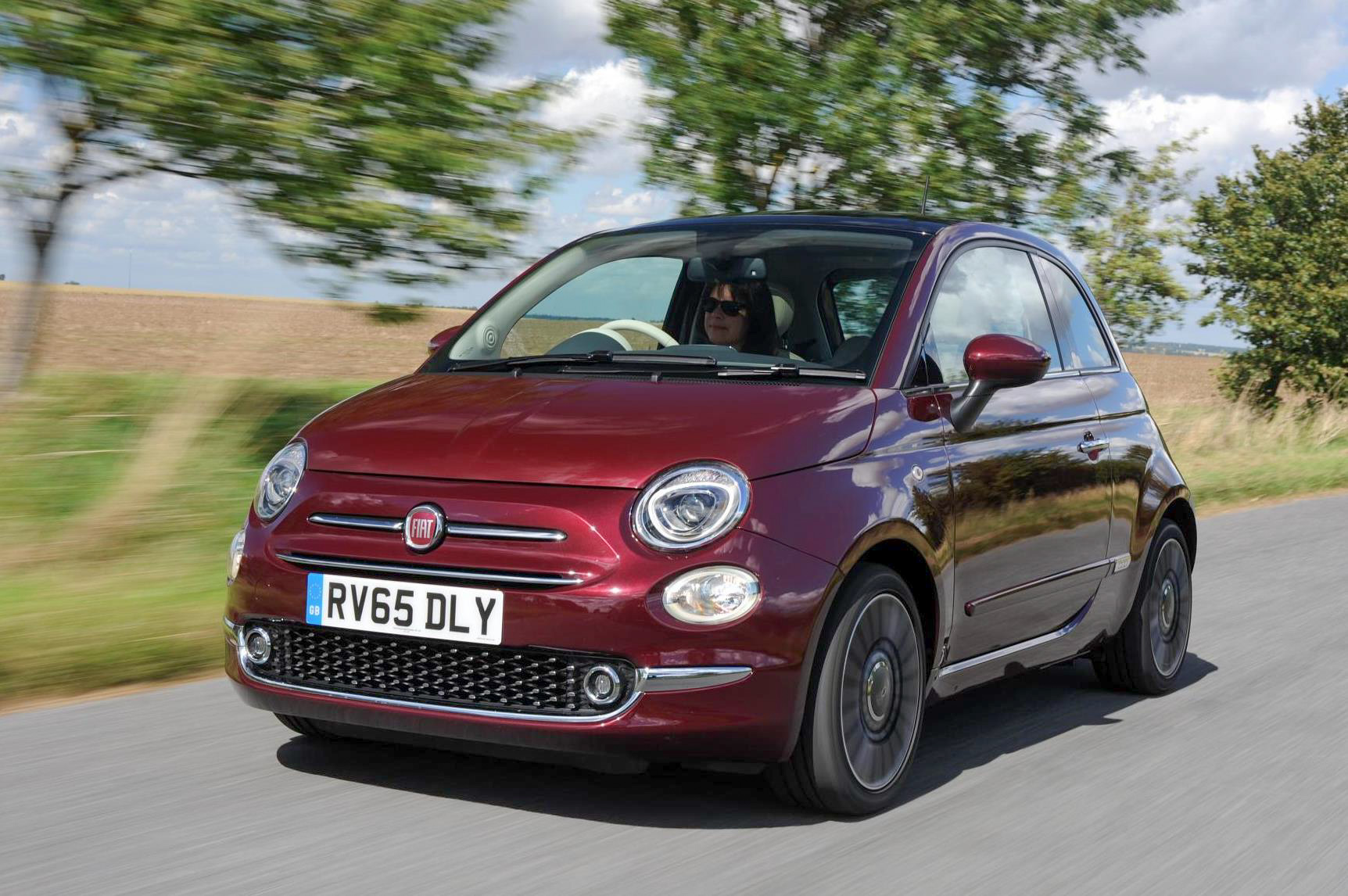 A full suite of Mopar accessories and 'Second Skin' customisation kits are available throughout the current Fiat 500 model range.

All engines on the refreshed 500 have been tweaked to meet new Euro6 regulations which come into effect on 1st September.

The 68bhp 1.2-litre and both versions of the 0.9-litre petrol TwinAir are available with start/stop. The TwinAir, in either the 85bhp or 105bhp state of tune, offer CO2 emissions lower than 90g/km in both forms, while the former is officially capable of up to 74.3mpg combined. The 1.3-litre MultiJet2 diesel offers CO2 emissions of 89g/km.

Whichever engine you choose it will be paired with a five- or six-speed manual gearbox. The Dualogic automatic option is difficult to recommend unless you really need an auto, because it is slow and hesitant to change gears. 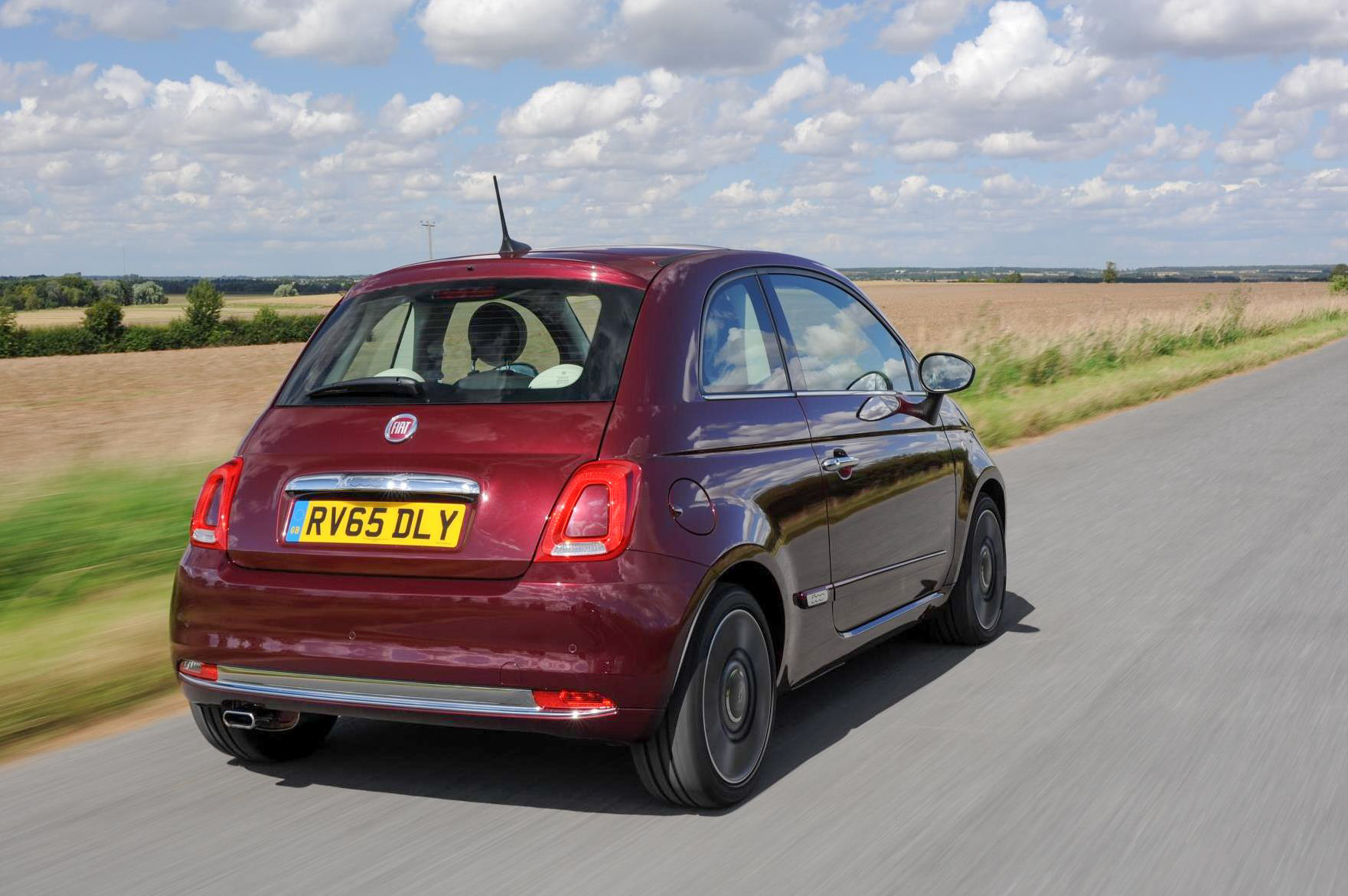 The way the new 500 drives is exactly the same as the previous model – light steering makes for easy urban manoeuvring and reasonably soft suspension irons out city potholes. Underway, there is a confident feel to the updated 500 as it displays surprisingly good road manners for a compact city car and a fairly decent turn of performance – depending on engine choice.

It won't set any records in the sports department, but it makes calm, controlled and civilised progress. Should the mood take you, it feels grippy and entertaining through the twisty bits and there is little body-roll to mention. 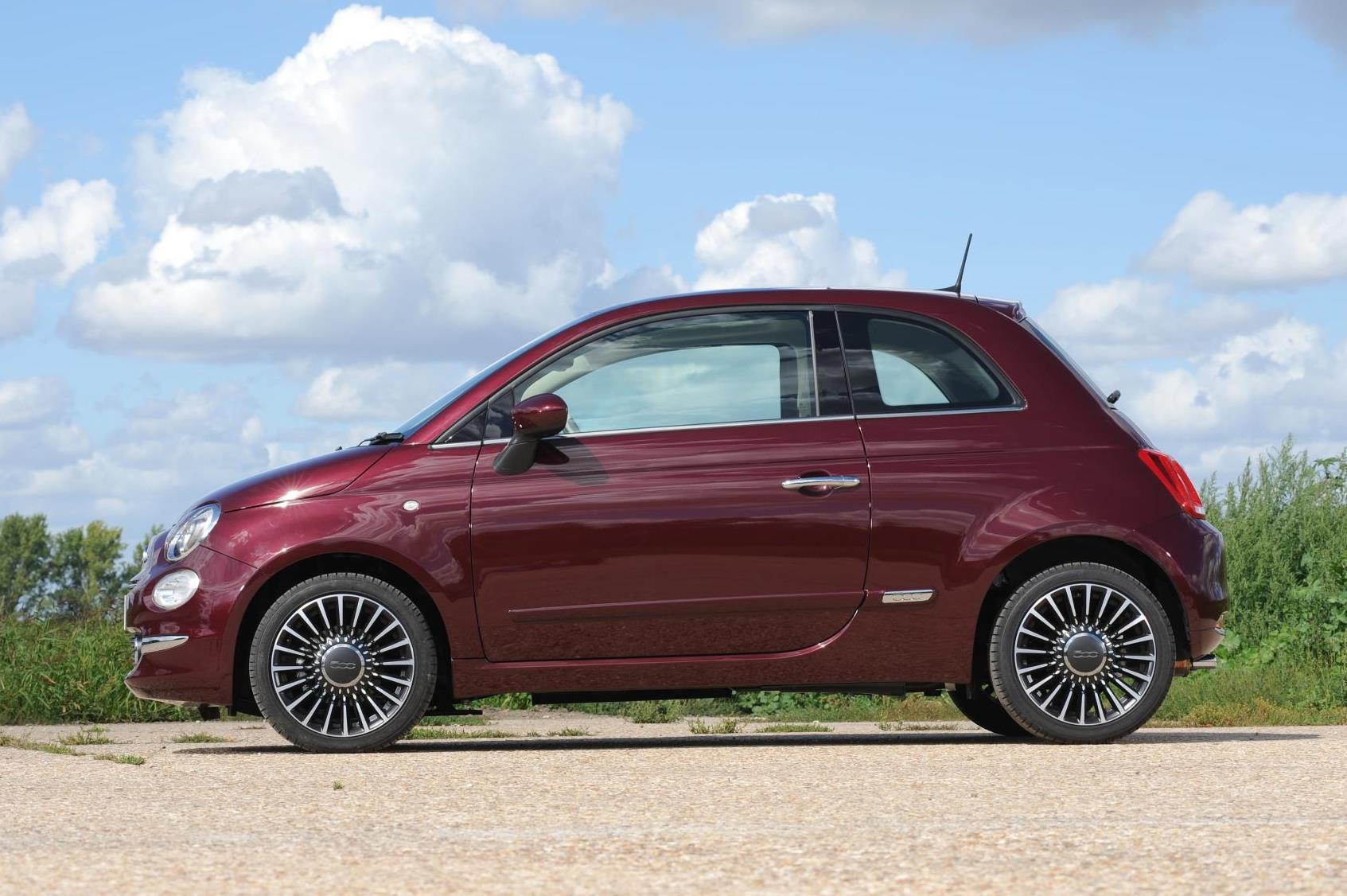 Over crusty surfaces, the Fiat 500 can feel a little jittery but this is due to its short wheelbase. Under normal driving conditions though, the 500 felt assured and quite fleet of foot.

Fiat continues to create an immensely likeable car in the 500. The cute retro looks, comfortable cabin, go-kart-like handling and extensive personalisation options which now include those 'Second Skins', are all attractive ingredients for an evolving Fiat success story.