BMW enjoys a decent history of X cars, which began with the X5 in 1999. Back then, BMW also owned Land Rover which lent its off-road expertise to the new model. The success of the X5 spurred BMW on to develop additional X models with the X3, X6 and X1 duly following. An all-new X2 is due in 2018.

Launched in 2014 as a sister model to the X3, the BMW X4 is a coupé-styled SUV with a considerably more rakish roofline for a sportier look. It is only very slightly longer and rides four centimetres lower that its X3 sibling. 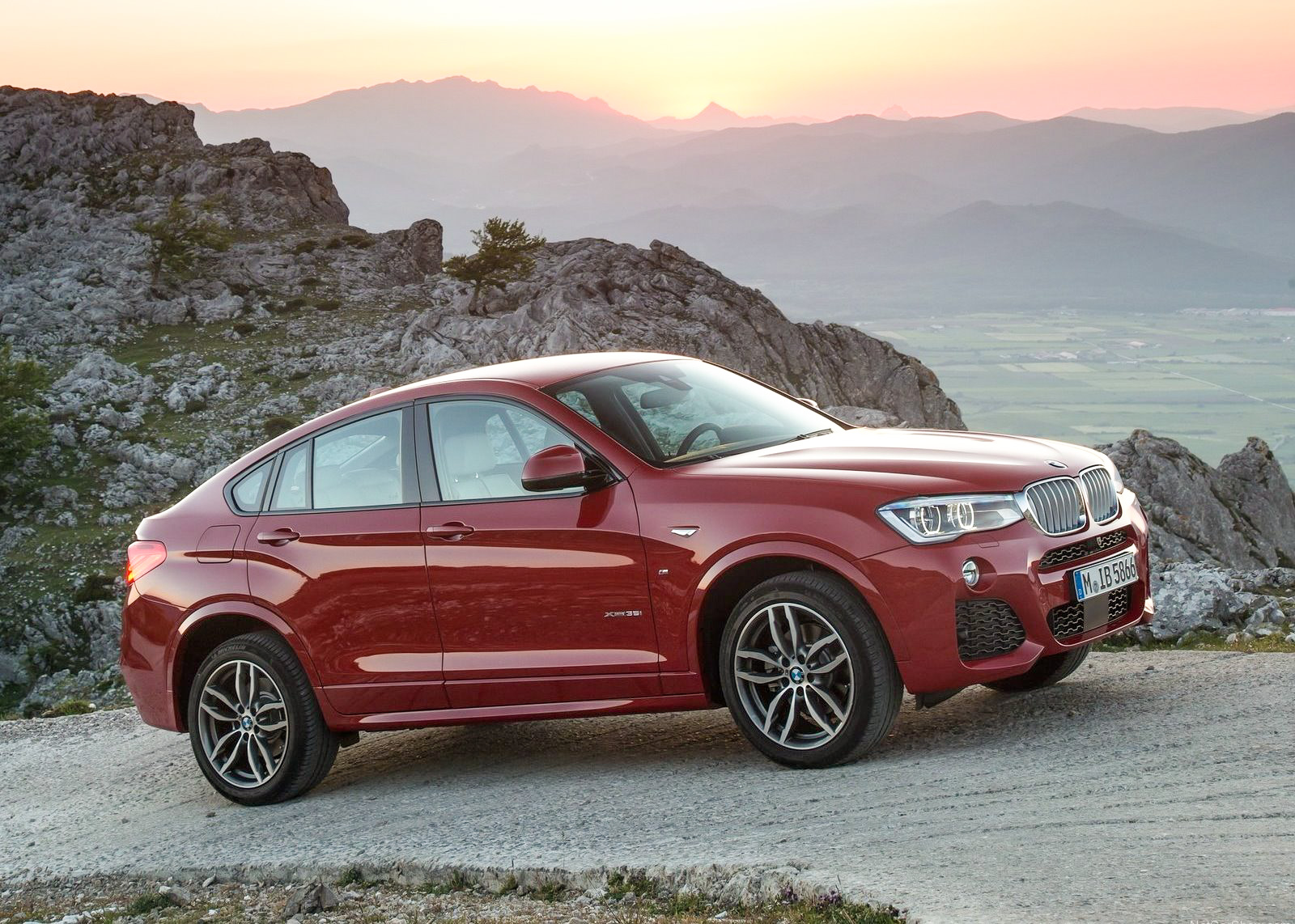 Those familiar with the X3 will feel right at home in the X4. Up front, the X3 and X4 share bonnets, front bumper, grille and front wings up to the base of the A-pillar. From there, the X4 gets a steeper windscreen, lower roof and a hatchback-style tailgate, bookended by different tail-light clusters.

Inside, the only way you can tell you're in an X4 over an X3 is because visibility out of the windows and rear-view mirror is different – mostly because there's less of it. Aside from the lower roof, the cabin has been carried over wholesale and, unlike the X6 which can be had with two individual rear seats, the X4 retains the X3's three-abreast seating in the back. 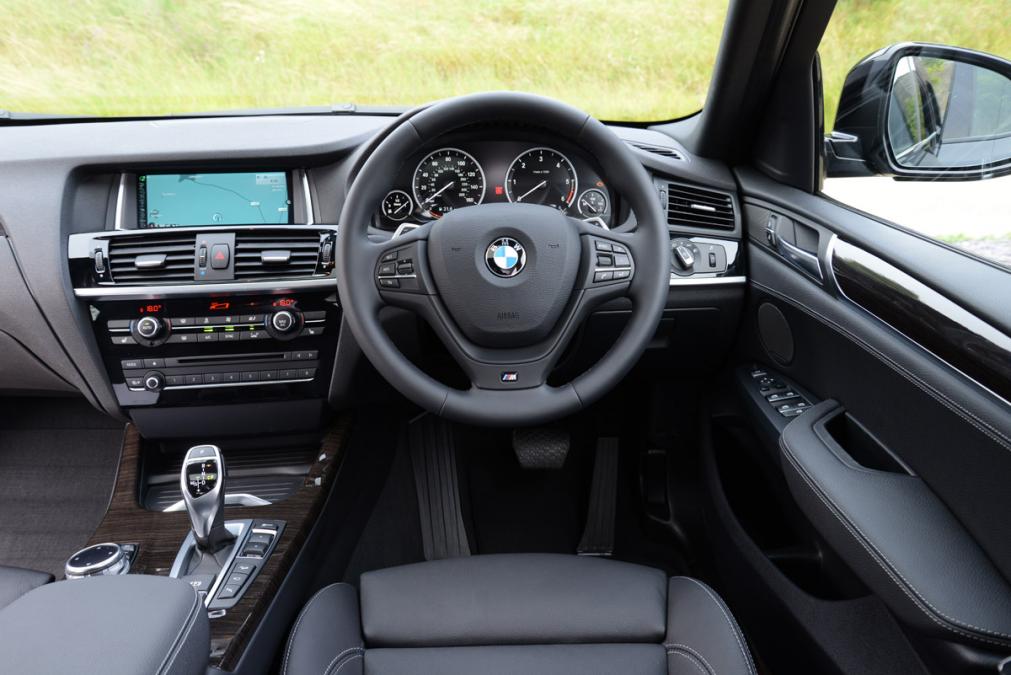 Inside, the lower rear roof line is a direct result of the coupé repackaging. Rear headroom will challenge those taller than 5ft 8in and the shorter-than-expected rear seats are over an inch closer to the floor, much reducing the kind of forward visibility enjoyed by most 'theatre-seating' family SUVs. In addition, rear passengers are unable to place their feet under the seat in front. Children should be fine with it but don't expect much gratification from rear-placed grown-ups after a long journey. 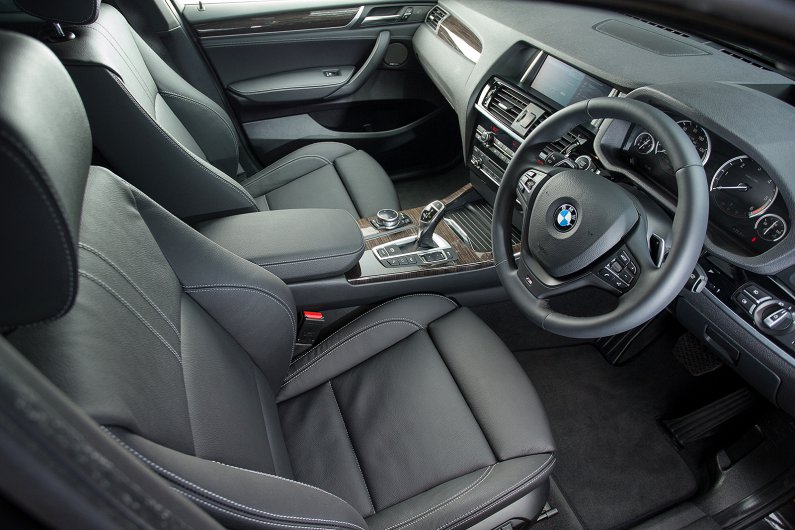 An additional victim of the coupé re-styling is the boot, which loses 36 litres of capacity to the X3. Still, at 500 litres, boot space remains generous enough for family getaways. With the split-folding rear bench lowered, capacity swells to 1,400 litres. However, the sharply raked rear window and high loading lip makes the space less useful than conventionally shaped SUVs.

There are currently six BMW X4 models across three trim grades: SE, xLine and the top-spec M Sport as tested. 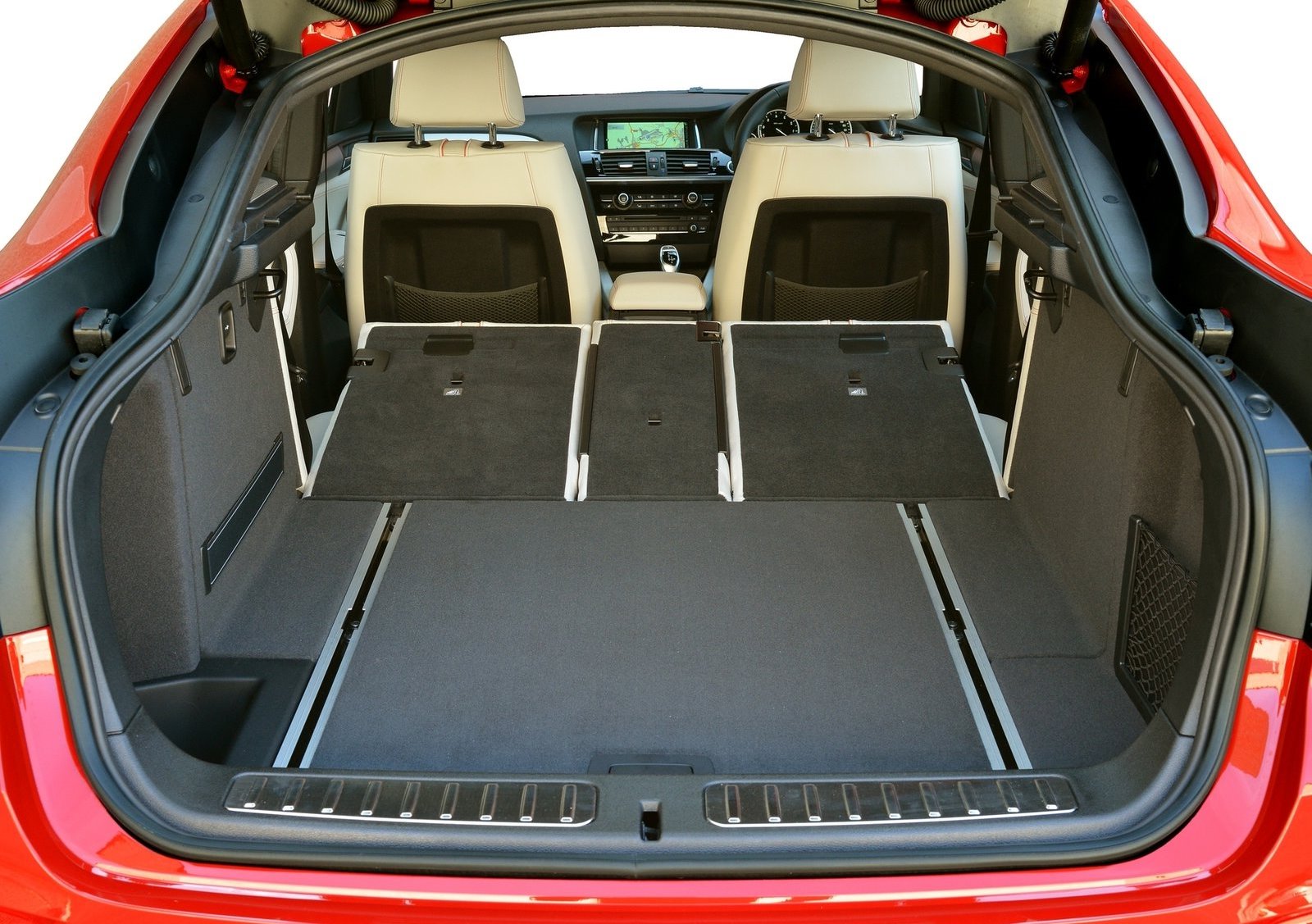 The 'sheep-in-wolf's-clothing' combination of the lesser-powered engine aboard a top-spec X4 at first seems odd…but it kind of works, in that the 2.0-litre diesel is perfectly adequate for everyday use (and costs way less than either of the 3.0-litres) and the M Sport offers a deeper toy box. Frankly, there's very little not to like.

As the X4 is based on the same platform as the X3, it's little surprise that it has the same engines. In the absence of petrol-fuelled engines in the line-up, there are three diesel options offering varying degrees of economy and performance. 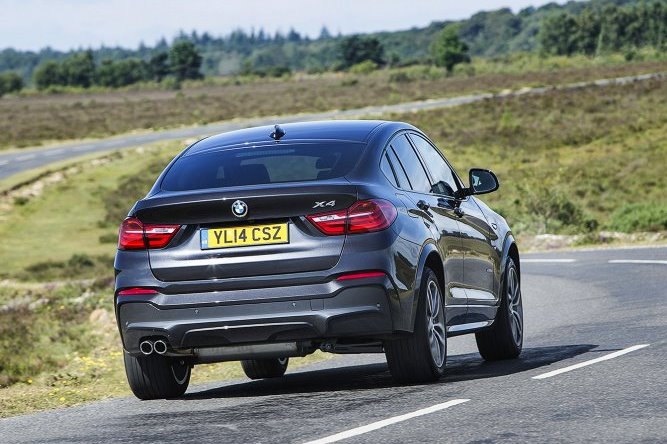 The eight-speed ZF automatic transmission – as enjoyed on much of the Jaguar Land Rover line-up – is a delight and showed zero 'hunter-gatherer' tendencies, being always in the right gear at the right time.

Because the X4 rides lower than the X3, the reduced centre of gravity enhances the driving dynamics. Further driving enhancements derive from technical recalibration to the dampers, bushings, steering and springs all result in a much more engaging drive. The introduction of torque-vectoring – which distributes the drive-line thrust across and between axles to maximise surface traction and maintain mid-bend dynamic trajectory – boosts driver confidence as it powers through the corners. 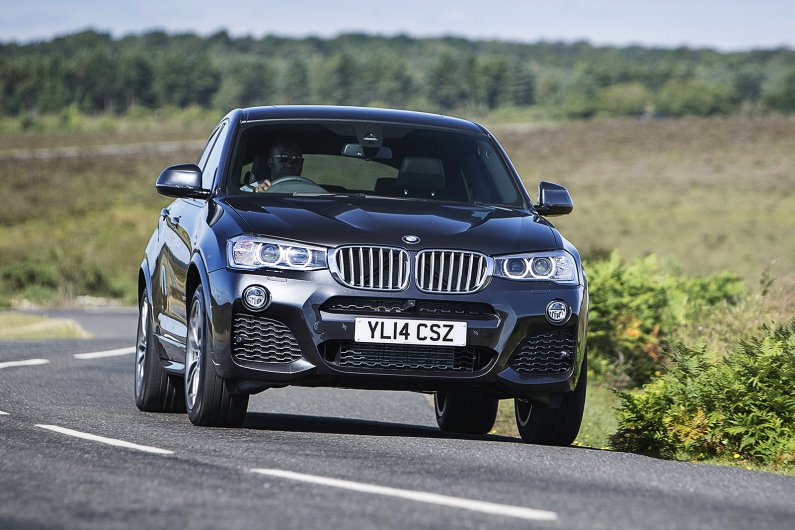 The X4's thick-rimmed steering wheel is well weighted, direct and accurate. On the road, aiming this car at a rushed apex is as easy as handling a 30mph urban pootle. The driver's forward and side visibility is good but the shallow, oddly arched rear window reveals little of those you've left behind.

Power delivery from the smaller 20d is well-mannered and its 190hp and 400Nm of torque is a delight. Off the line, 62mph will arrive in a brisk eight seconds and speed will peak at 132mph if you have the space. 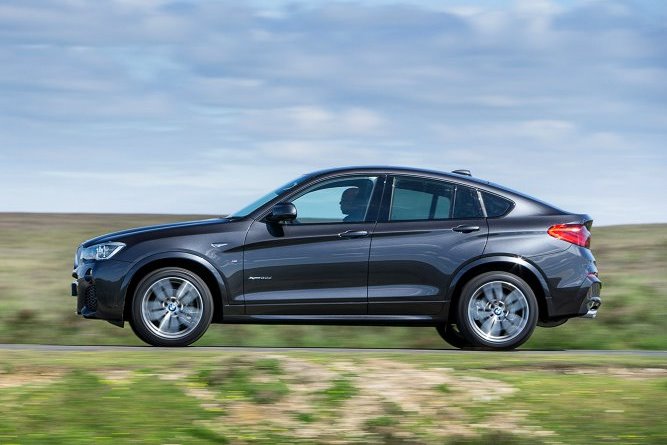 In short, the X4 is quick, agile and satisfyingly accurate. It's not quite as sportingly responsive as a Porsche Macan – even when deploying the paddle shifters – but it's more dynamic than many SUVs I've driven in recent times.

The popularity of its other X models has been significant over recent years, so it's not rocket science to determine BMW's success with this addition to the X range. It's comfortable, reasonably spacious, drives well and is as efficient as an SUV of this gravitas can be. It sits in a largely self-created niche and looks similar to its larger brother, the BMW X6 – only less brutalist. 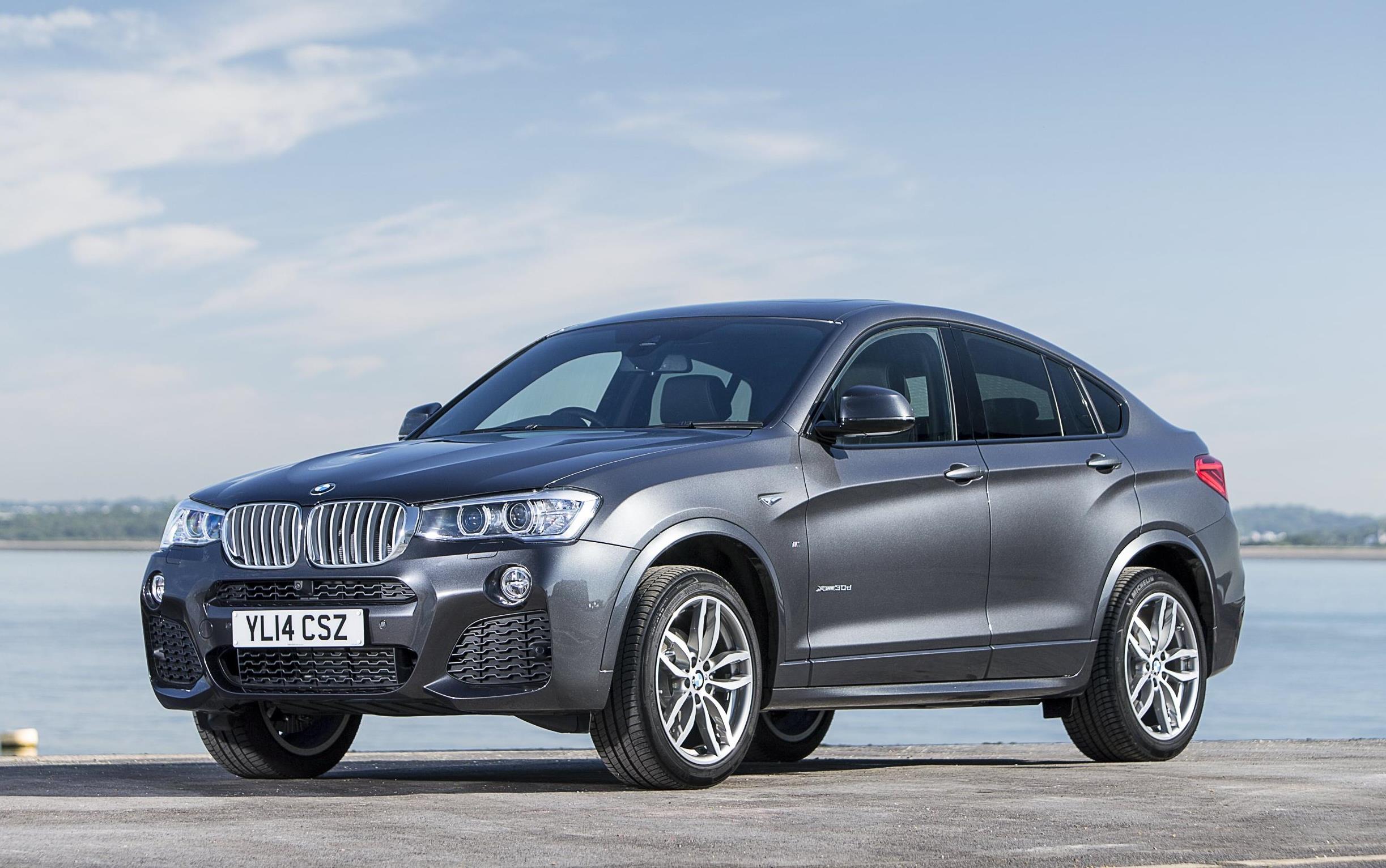 All versions of the X4 are all-wheel drive, but off-roading isn't what the X4 is about. The X4 is much more at home on the road, although it's no sports car for handling. Sure, the coupé body is fashionably stylish, but that sloping roof line takes a bite out of family practicality and boot space.

➤ Check out our current Special Offer for the BMW X4 20d M-Sport here! 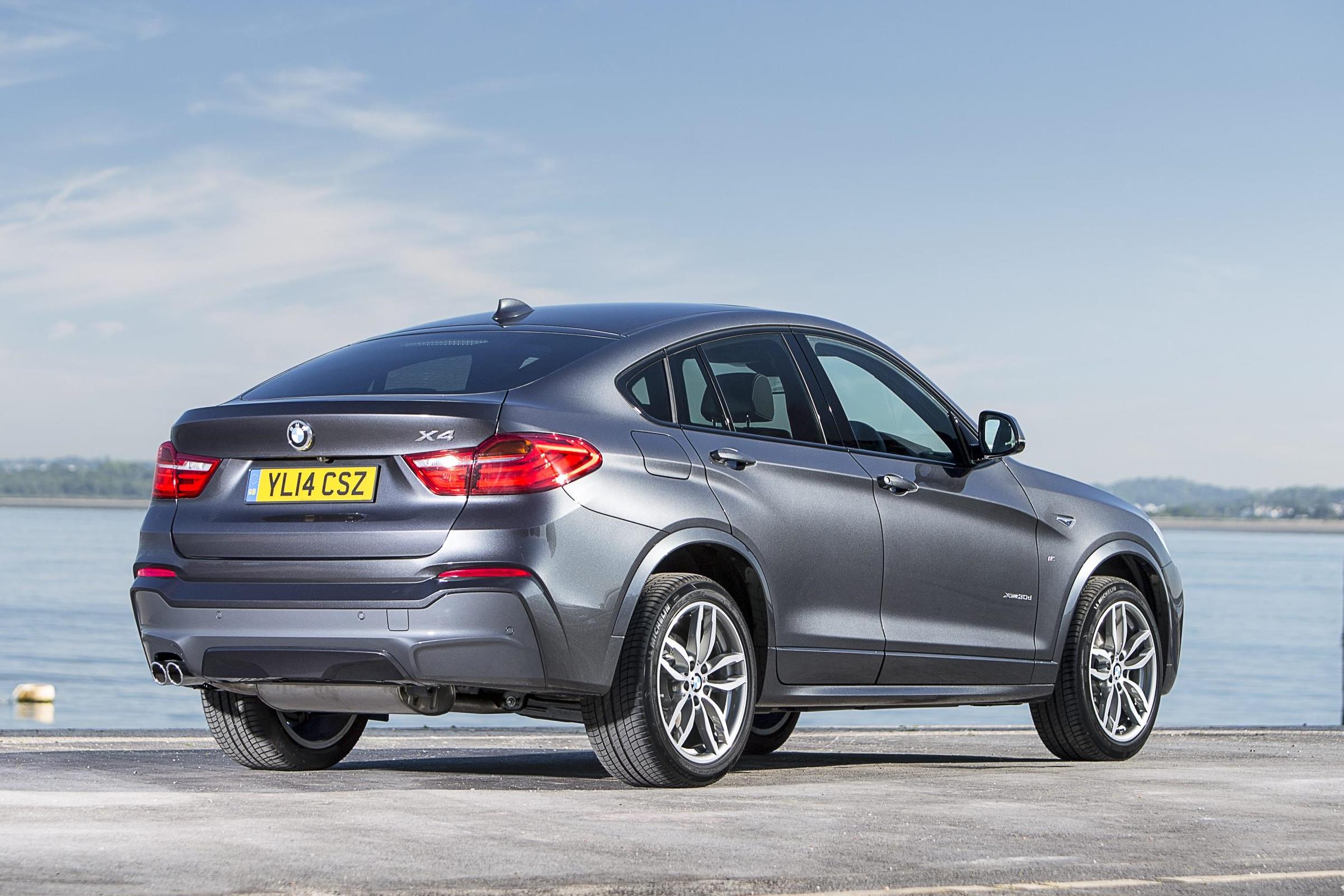