The production-spec Volkswagen T-Roc compact SUV finally broke cover only last year but the auto giant has a lot more planned for the model, which will soon include a convertible.

While its T-Cross Breeze concept was first showcased at the Geneva Motor Show in 2016, Volkswagen has now confirmed that the T-Roc will be joined by a cabriolet derivative in 2020. Barring the premium Range Rover Evoque convertible, the compact cabriolet SUV is a segment yet to be explored by mainstream manufacturers and hence, makes this a bold step for the German automaker. 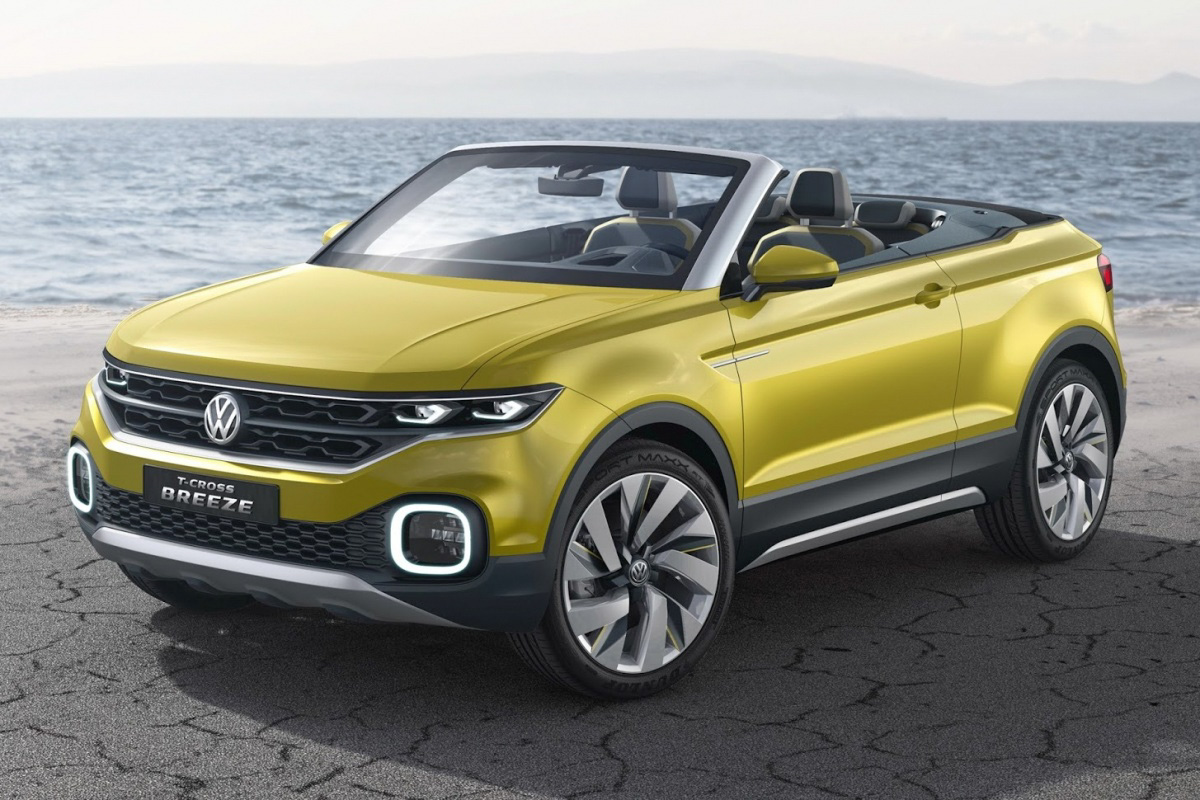 The design sketch released by Volkswagen shows a conventional soft top made out of fabric and two-doors. A folding hard top variant cannot be ruled out either. Volkswagen CEO Dr. Herbert Diess described the T-Roc cabriolet as a model that will be highly guided by emotion when added to the range.

The German car maker has announced that it will be investing nearly €80 million in the T-Roc cabriolet and the model is to be produced at the company's Osnabrück plant in Germany, which also produces the Tiguan and Porsche Cayenne. The car maker plans to produce up to 20,000 units of the cabriolet version per year.

As far as changes are concerned, don't expect the Volkswagen T-Roc cabriolet to venture too far from its conventional sibling. The omission of a roof should make the car heavier as the chassis will need to be strengthened for additional rigidity. Boot space too, is likely to be sacrificed to accommodate the open top mechanism, just like the Evoque. That said the T-Roc cabriolet should be more accommodating off-road due to its anticipated higher ground clearance – WG.