In the automotive world, mid-life model facelifts or upgrades usually happen three of four years after the initial launch. Barely noticeable styling tweaks here and there are implemented to keep the cars fresh and competitive. Occasionally though, some upgrades can be quite significant and some go largely unseen.

With Progressive Hydraulic Cushion suspension, the mid-life overhaul of the popular C4 Cactus is one of the biggest Citroën has ever undertaken. 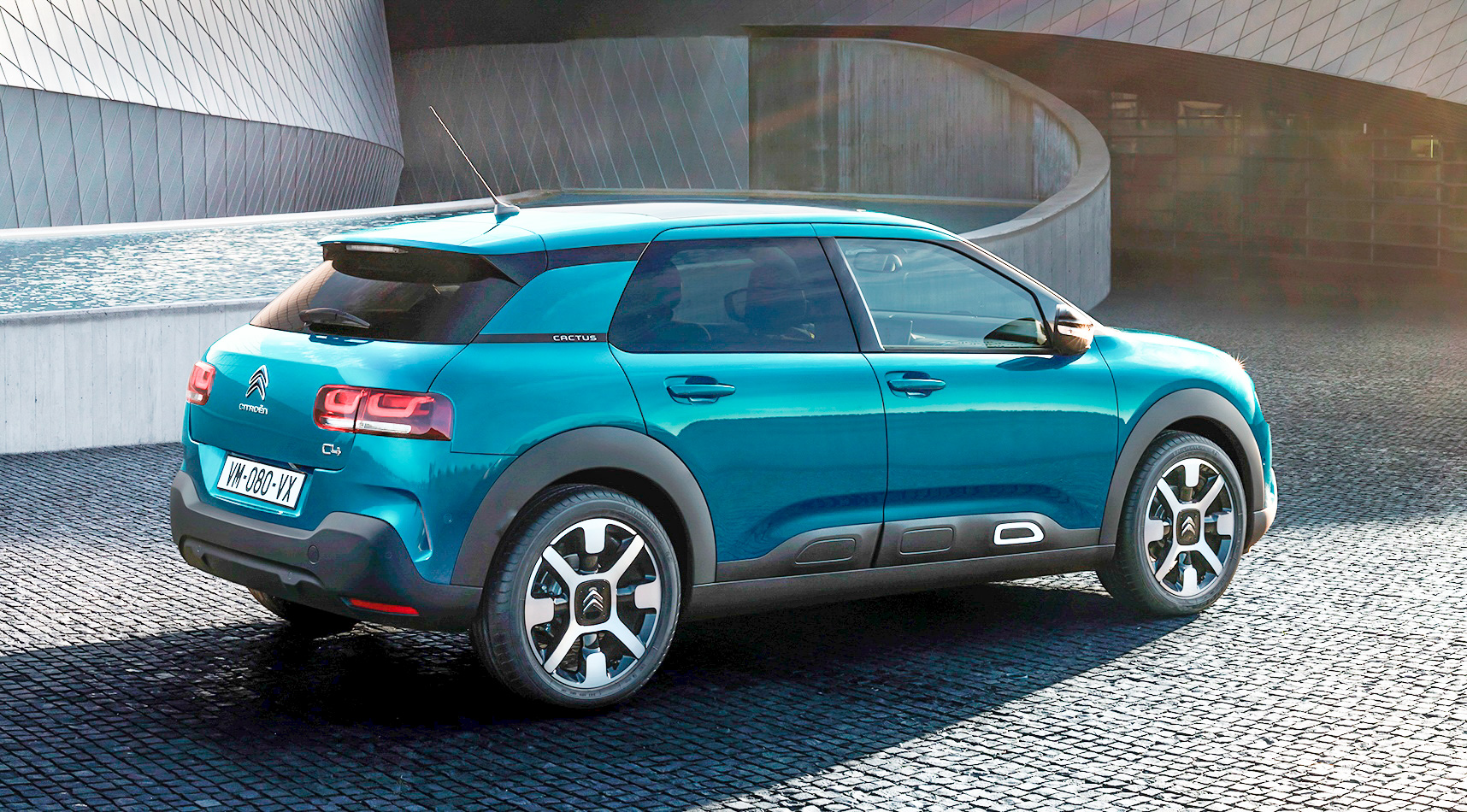 There are three trim grades in the new C4 Cactus line-up: Feel, Feel Edition and Flair. The new range kicks off with the 1.2-litre 81bhp PureTech-80 Feel Edition, which will be available only until the end of May, when the PureTech-110 Feel becomes the entry point for the range.

At the top of the range is the 98bhp BlueHDi-100 diesel, in Flair trim, although the most powerful model is the 128bhp PureTech-130 petrol.

The biggest news is the European introduction of Progressive Hydraulic Cushion (PHC) suspension, which is billed as adding an automotive "magic carpet ride" and a new design subject to 20 patent filings. 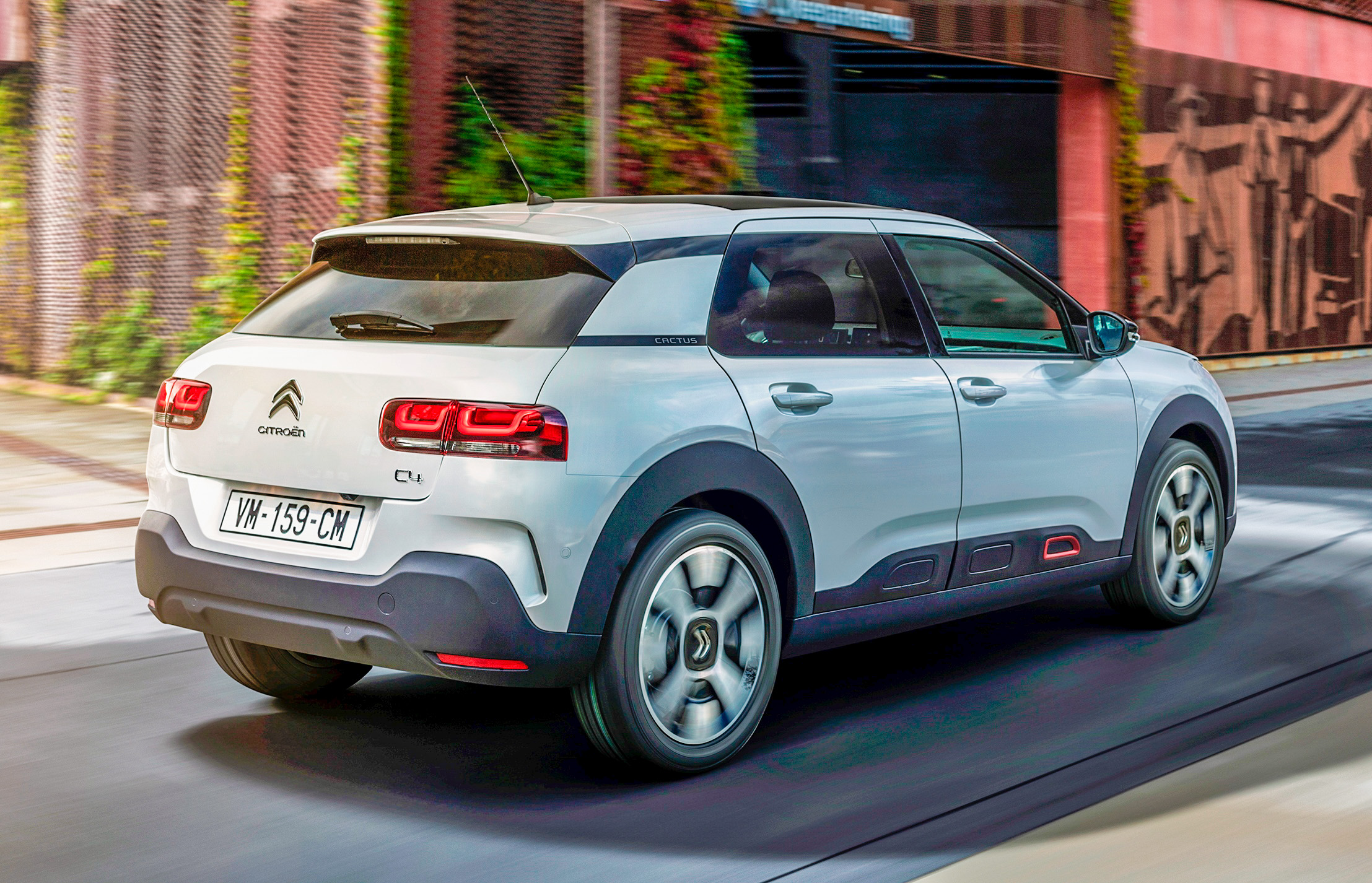 PHC adds a pair of secondary hydraulic dampers into each coil-sprung suspension corner, replacing the traditional rubber bump stops at the top and bottom of the wheel travel. Because the damper progressively cushions the wheel travel at the two extremes of movement, engineers have specified more comfort-oriented springs and dampers for the main job of isolating the car body from the road.

Comfort is a word that Citroën proudly attaches to the updated model and much attention has been given to the new seats designed with high-density foam to maintain their shape on longer drives. 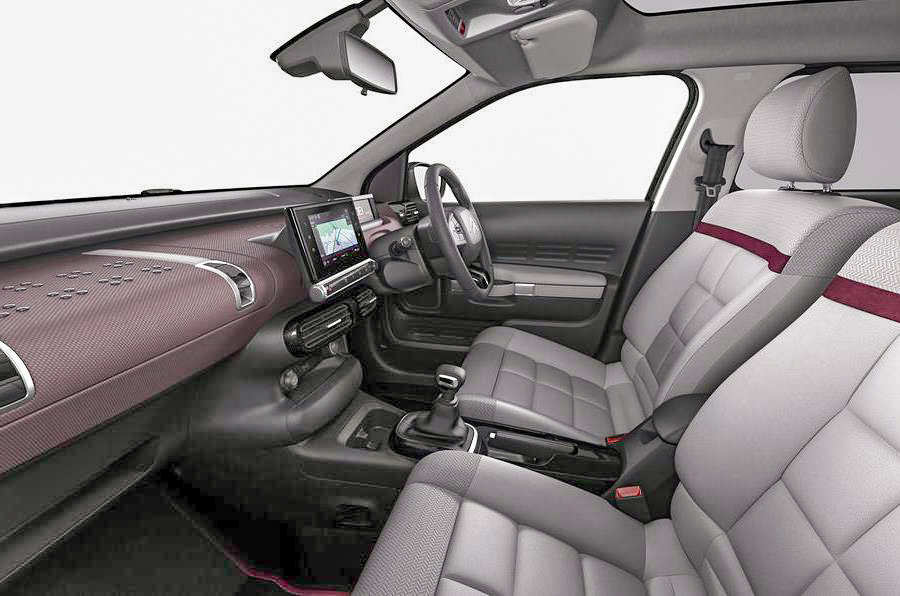 However, the more visually obvious change to the revamped C4 Cactus is its Airbumps, which are no longer. Instead, there are just three 'bumps' along the lower side sills, the leading one of which is coloured. The reduced Airbumps, along with less fussy front and rear bumper mouldings and new LED headlights tones down the rugged urban car image that came with the original C4 Cactus launch in April 2014 and move it toward a more sophisticated-looking styling theme – WG.