What would you consider to be the biggest benefits you could have added to your vehicle? 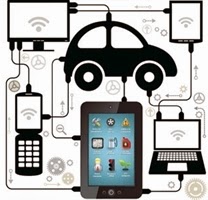 For a lot of drivers it seems that road safety and the ability to check the performance and health of vehicles in real-time would be considered at the most useful and biggest benefits of connected cars.

Research conducted by Telefónica found that 73% of drivers considered safety and diagnostic features the most important attributes.

Pavan Mathew (global head of connected car at Telefónica) quoted: "Safety and diagnostics appear to be the most attractive features to drivers, illustrating just how important factors such as road safety and vehicle maintenance are in purchasing decisions."

Drivers were not just concerned with safety but also navigation services, which have greater functionality than our current models, including things like live traffic updates. If you have ever been stuck in a traffic jam which you felt could have been avoided you can really see the benefit of this type of service.

When 5,000 global drivers were asked which features would be most important when buying a new car, to which efficiency was their top preference. Interestingly, more than 1,000 were from the UK and their views support desires to reduce CO2 emissions and connectivity would dramatically improve feedback, as evident by any fleet that use telematics.

Telefónica suggest that it could be possible for a company car driver to arrive at their destination and the vehicle would be able to tell them exactly how much fuel they have used and how much the total journey has cost them, all thanks to the manufacturer and not down to a third-party solution. They also expects the vehicle to be able to offer advice about ways to reduce fuel consumption via driving habits changes, such as lower speed and less braking.

Ian Digman, general manager of Nissan has said that "Navigation has evolved very quickly and is now recognised as being hugely beneficial. Having a map that can be enhanced through traffic and weather information – information that's useful to the driving experience – is the next level."

This year's report has revealed that four out five drivers expect the connected car of the future to be able to provide the same connected experience they are used to at home, work or on the move via their smartphone devices, with dashboards being the favoured way for accessing connected services.

Chief technology strategist at Kia Motors, Henry Bzeih said: "I see a huge expansion beyond legacy telematics, such as vehicle health reports, safety and security, crash notifications into active safety and automated driving aspects. I also think vehicle-to-vehicle communication is going to grow very quickly in the next five years."

There is still a long road ahead but we are on the right path. We believe exciting things lay ahead for vehicles the world over.