BMW have chosen the Pebble Beach Concours d'Elegance in California to reveal its stunning Concept Z4 roadster. While a 'design study', the production version will launch in 2018 and replace the current Z4 folding hardtop. So far, Munich has kept schtum on details about the upcoming roadster, its version of a jointly developed platform that has a reborn Supra for Toyota as its other offspring. It is likely that BMW will have a convertible-only Z4, while the Supra will be sold only as a coupe, giving the two brands clearly defined paths to market. 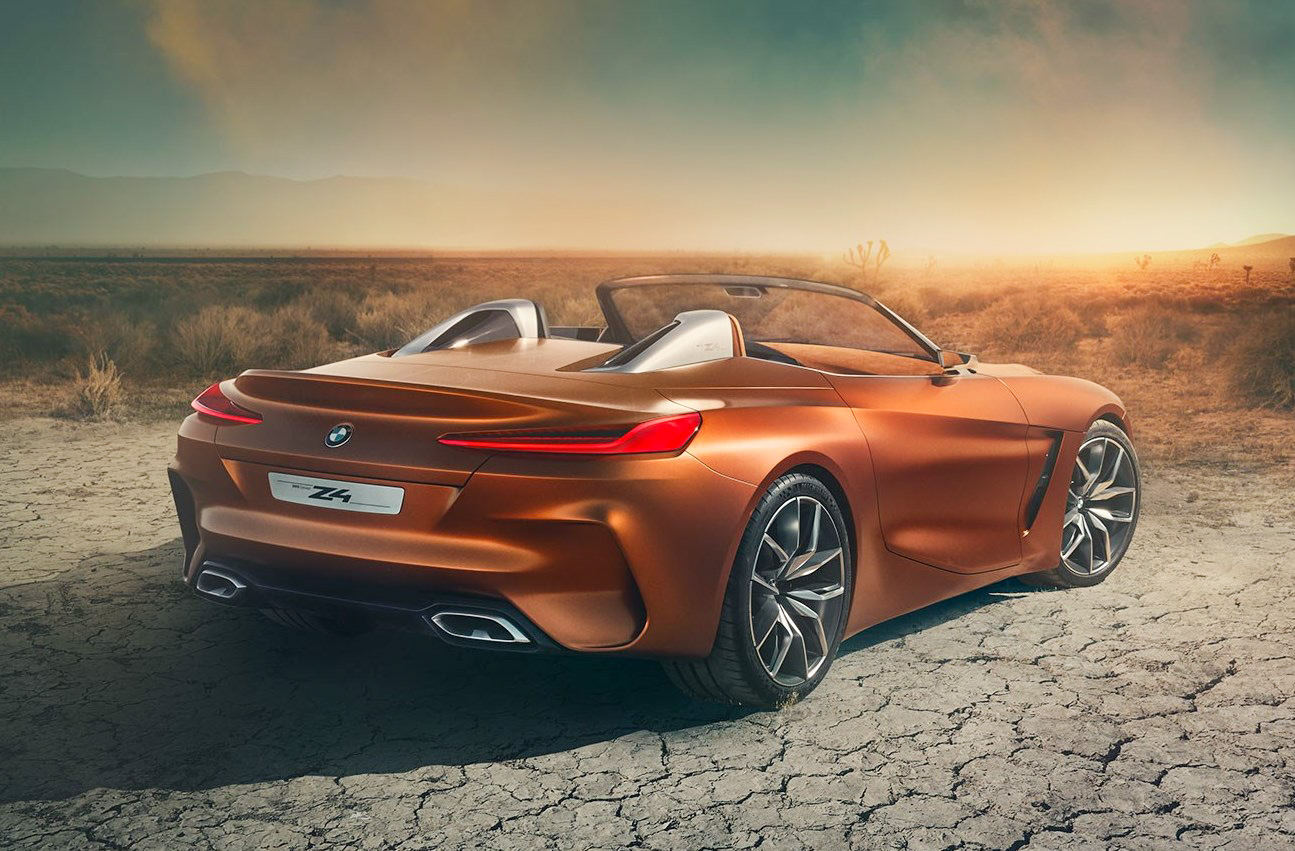 The images show a sleek, more chiselled and angular look than the current Z4, particularly in side profile. The front and rear overhangs are short, and the cabin moves slightly forward, doing away with the Disney-like proportions of the Z3 and the first two generations of the Z4, in which the driver and passenger sit almost atop the rear axle. 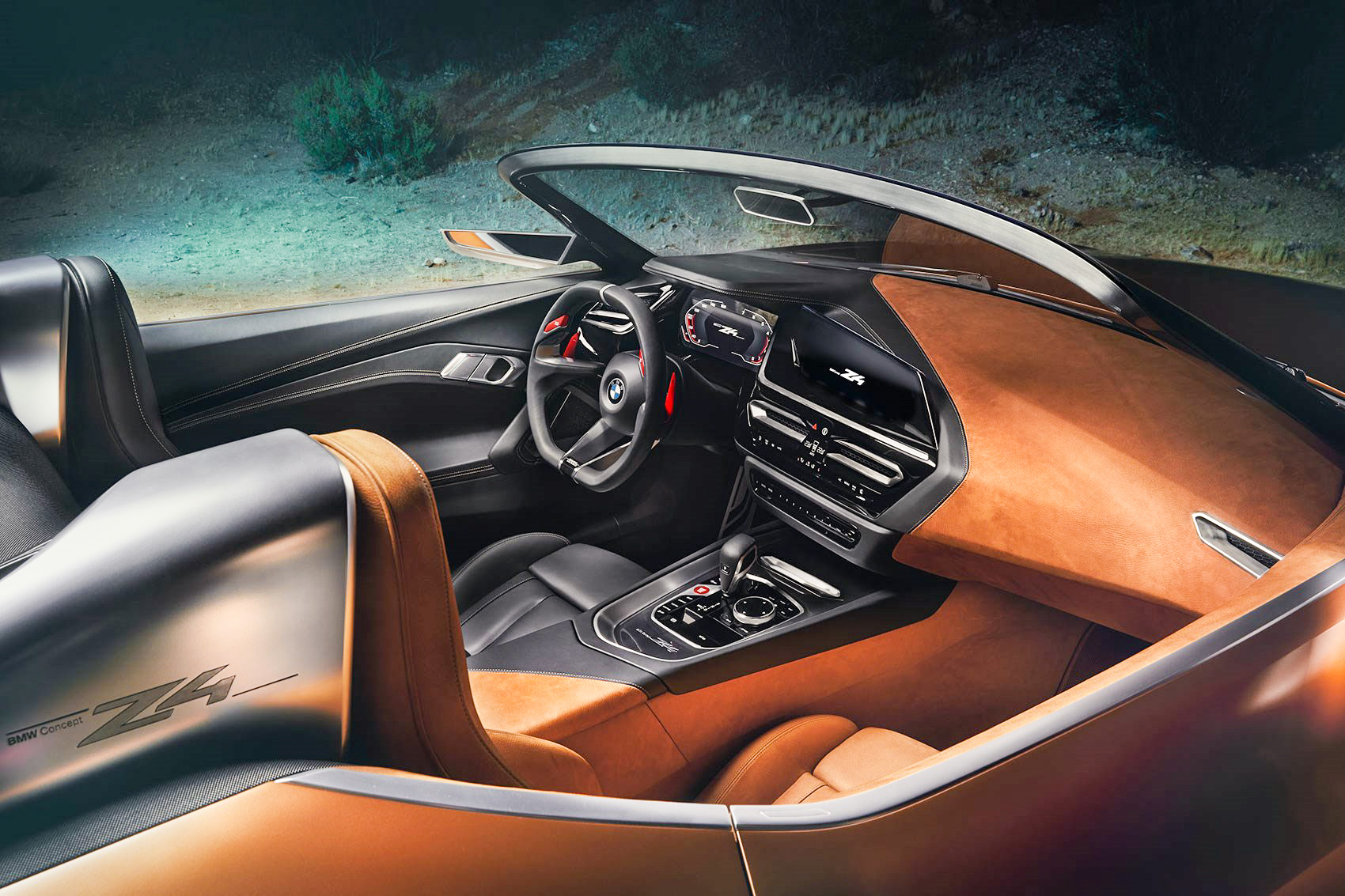 Inside, most of the dashboard on the passenger side is covered in suede, but in front of and around the driver, it's finished in black leather, as is the driver's seat. BMW speaks of a 'cone of vision,' and this divided approach to interior colour purports to be a fresh take on driver orientation.

We'll bring you more confirmed details on the all-new BMW Z4 roadster when we have them - WG. 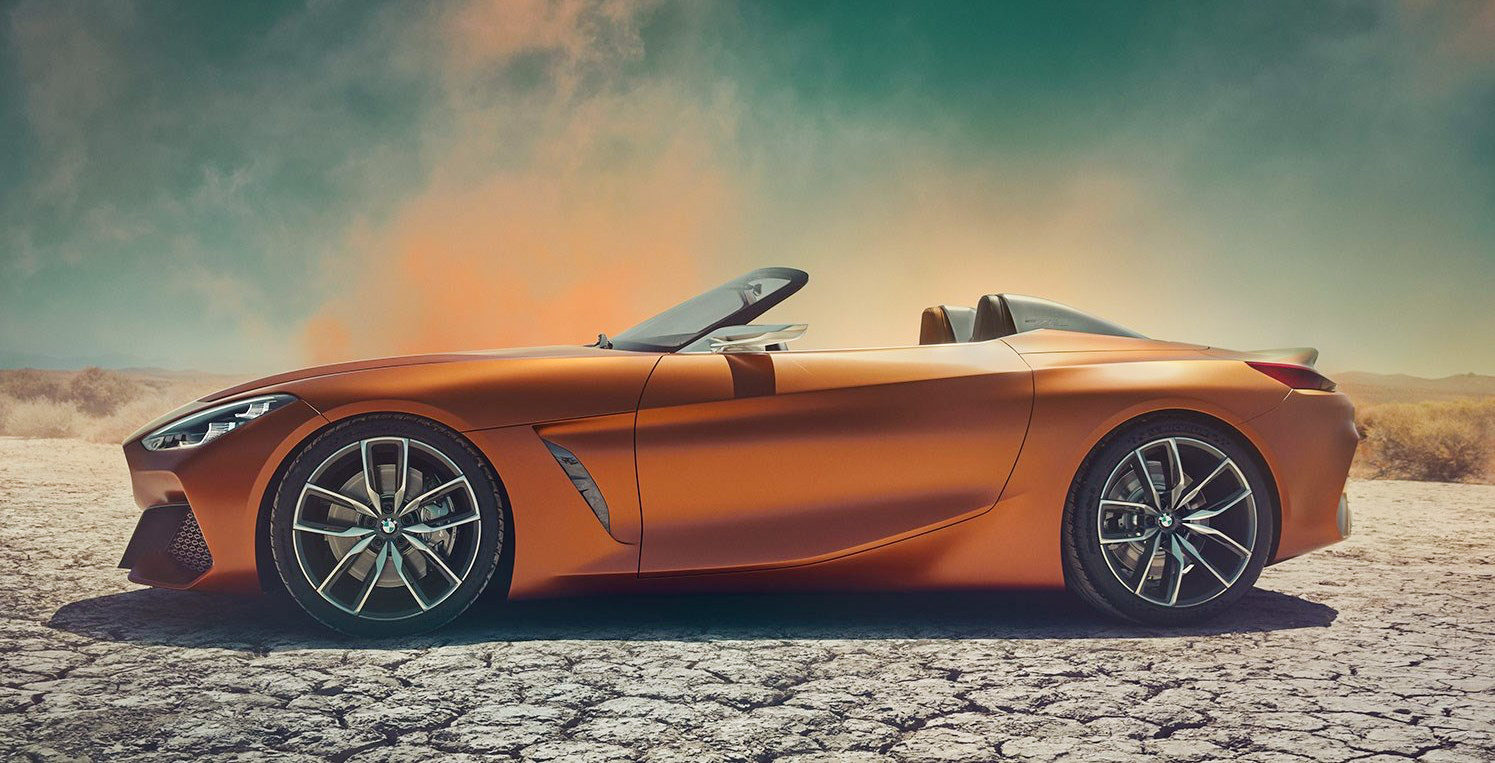